Before Zionism, Most Christians and Jews Were Pro-Palestinian-By Rev Ted Pike 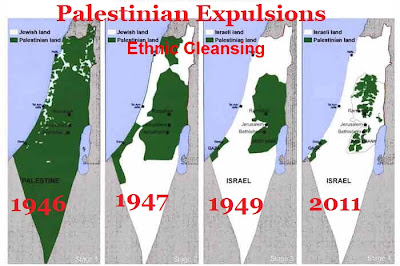 Few people realize that, as recently as 120 years ago, virtually every religious Jew was essentially anti-Zionist.  They agreed that, because of their sins, God allowed their expulsion into the world.  They also agreed it was God's will that they remain in exile and not return to Palestine until collective repentance had occurred. They agreed, as Jeremiah warned, that they should not listen to the rebellious voice of those who advised them, contrary to God's decree, to return to Jerusalem and retake the land.  (Jer. 29:8-9)  Instead, they should wait until the Messiah comes. He would reinvigorate their piety and lead them once again to their promised land.  (See "Jewish Religious Opposition of Zionism" at Rense.com)
Today, ultra-Orthodox Jews of Neturei Karta and Jews Against Zionism are among the last survivors of at least eight million eastern European (Ashkenazi) and a million Sephardic/Oriental Jews who believed this way.  Reform Jewry was among them.  Jews living in the 1880s would be astonished at any suggestion that dispersed Jewry had privileges to return and set up a kingdom in Palestine. They would point to dozens of prohibitions in the Old Testament law upholding Jehovah’s dictum that if they rebelled they could never come back as a nation except in obedience. (See List of Conditional Occupation Verses)
However, such Jews, including Neturei Karta today, do not believe their people were exiled because of rejection or even crucifixion of Jesus. Such ultra-Orthodox devotees of the Talmud and Kabala make public statements of reverence for Jesus as a “great teacher” and declare that Talmudic Judaism shares Christ's values. (This pleases anti-Zionists.)  But they agree with the Talmud that Jesus was a false prophet. The Talmud says that He (under the pseudonym “Balaam”) now resides in hell, writhing in boiling semen (Gittin 56b-57a). As such, they believe it was the greatest virtue for the Pharisees and the Jewish people to have persuaded the Romans to crucify Him. 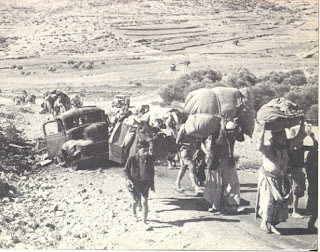 Such anti-Zionist Jews believe the Jewish people are under judgment for not fully obeying a vastly greater authority than Jesus or even Moses and the prophets: the Pharisees. Only when Jews repent and return to study and veneration of the sacred writings of the Pharisees, the Talmud and Zohar, as God desires, and end defilement of the holy land by allowing Talmud-rejecting secular Jews to live there, will God’s blessing return to Jews.  When God allows Messiah to come, He will soften the hearts of Jews everywhere to seek the God of their Pharisaic forefathers. In fulfillment of a multitude of Old Testament prophesies, the Jewish people will be gathered and led back to Palestine to occupy the land and rule over the nations. Christianity (idolatry) will be banned and Hebrew monotheism enforced under penalty of death.  (Zohar I 25b, 47a, 60a, etc.)
Titus destroyed Jerusalem in 70 AD and Bar Kokhba failed to bring in the Messianic kingdom in his revolt of the Jews in 135 AD.  Recognizing God's clear judgment on them, Jewry everywhere accepted His conditional terms for reoccupation of Palestine.  Such remained unquestioned dogma for religious Jews until emergence of Zionism in the late 19th century.
Secular Zionism discounted Old Testament conditional terms of occupation. Obedience no longer mattered.  According to Zionism, the overwhelming issue facing Jewry was how to find a safe place in an allegedly anti-Semitic world. Uganda and Madagascar were considered, but charismatic and determined leaders like Theodore Herzl convinced secular Jews (largely Marxist from Eastern Europe) they could find such safety in Palestine.
19th Century Christians Agreed with Jews: No Obedience, No Land
For 1900 years Christians shared the basic belief of Orthodox Jews that Jewish sin caused exile and Jews should not return to Palestine. Most Christians believed their return would be permitted at the second coming of Christ when a remnant would repent.
Zionism was massively funded by western Jewry and promoted particularly by the British and their Balfour Declaration. Zionism had one virtue which made it irresistible to both Jews and evangelicals: It was extremely successful. 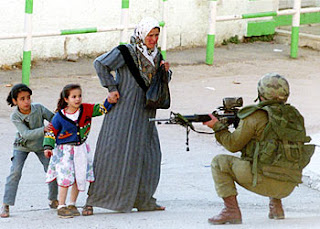 Most Jews and evangelical Christians quickly succumbed to the argument that God’s conditional terms were part of a previous Old Testament dispensation (as Scofield taught). (See "A Simple Explanation of Scofield Dispensationalism") Zionism’s success seemed to confirm that God was waiving His previous demands for obedience. Clearly, the safety and prosperity of His chosen people now took precedence. Both Jews and Christians began to teach that God's top priority was to provide refuge to persecuted world Jewry. Most completely dismissed God’s conditional terms of occupation, which were incompatible with the new theology.
Today, evangelicals have set aside God's Old Testament requirements and have no idea of their ancestors’ convictions.  They reason from a distorted interpretation of God's covenant with Abraham, saying its blessings are unconditional for all Jews.  They perfectly agree with secular Zionists that Jewish obedience no longer matters.  As a result, conditional Scriptures are not part of the premises from which modern Jews and evangelicals reason about the Mideast.
The Problem of the Palestinians
Yet there existed for the Zionists a major obstacle to repopulation of Palestine by Jews. In 1914, there were 634,133 Muslim and Christian Arabs occupying the lands which Jews and evangelicals now believed Jews had divine exclusive right to settle. The question was: “How should Jews and Christians regard the Palestinians in the context of God’s new pleasure in restoring Israel to occupation of Palestine?”
The fundamental attitude of Jews and evangelicals was simple, as it remains today. The Palestinians were a riff-raff people who had no long-term right to live on land hallowed for the Jews. They should somehow just go away, perhaps to surrounding Arab nations. If the land they lived on could not be purchased and they happened to be forced off through unpleasant means (including terrorist violence, mass expulsions, government seizure for “security reasons,” etc.), religious Jews and evangelicals did not want to think about that.
This brings up an unwelcome Biblical fact that Jews and most evangelicals also want to ignore.  When Nebuchadnezzar exiled the southern kingdom of Judah to Babylon in 597 BC, God forbade any Jews but the poorest to live in Palestine. He allowed settlers from Babylonian lands to occupy and cultivate the land. When Jesus came six centuries later, the Jews of Palestine accepted the divine right of such scorned “Samaritans” to occupy most of northern Israel and what is now the West Bank. When the Jews were again exiled by the Romans, the right of the Samaritans and Arabs to tend the land was upheld. As a result, with Jews primarily dispersed into Europe and Western lands for more than 1800 years, Palestinian Arabs continued to be regarded by Jews and Christians as enjoying a divine mandate of occupation. Originally allowed by God to cultivate and tend the land, such descendants of the Babylonian colonists of Samaria, racially mixed with Arabs, became unrivalled agriculturalists of the Mideast.
During the nearly two millennia of Jewish exile, Christians and Jews agreed that Palestinians had divine rights to temporarily dwell in Palestine without threat of eviction. Jews and Christians were thus pro-Palestinian, but not in granting permanent ownership of Palestine to the Palestinians (something the Bible allows only to Christian Jews).  Instead, they unquestionably upheld the original tenant rights God gave the ancestors of the Palestinians as long as the Jews remained in unbelief.
Summary
From this discussion, we can see that, although the Jews were given Palestine by Christian nations for ostensibly Biblical reasons, the premises on which almost everyone today reasons concerning the Israeli/Arab conflict are not at all Biblical. They were provided by secular Zionism, overturning Biblical precedent.
Is it any wonder, then, that the Jewish occupation of Palestine beginning in the 20th century has only produced strife and confusion? There is little anyone can do to return the state of Israel to God’s law, as contained in the Jews’ own Torah. But the least every Bible-believing Christian should do is reason not from premises supplied by Bible-destroying Zionists but from the Bible itself.
Did evangelicals and Jews, disregarding God's law, obtain a safe haven for world Jewry?  Prime Minister Netanyahu said last year that Israel is the most dangerous place on earth for a Jew to live.
"There is no peace, saith the Lord, unto the wicked." (Isaiah 48:22)

Palestine is the most complex geopolitical and religious issue, confronted by the humanity, which if left unresolved will continue to pose major threat to the world peace.

The Zionist Cuckoos in Christianity's Nest
Stuart Littlewood views the ideology of Christian Zionism, which is rampant in the United States and has made some inroads in other "Christian" societies, and argues that, in essence, Christian Zionism is "a gross corruption of ...
http://peace-forum.blogspot.com/
Zionist Christians: Useful tool for Zionist Jews
Zionist Christians: Useful tool for Zionist Jews. Christian Zionists believe that in order to fulfill Biblical prophecy, Israel must conquer most of the Middle East. They are a growing force in American politics with ties to many ...
Peace-Forum: Zionist West versus Islam
The notorious crusades were initiated in by Pope Urban 2nd in 1096 when the Church was losing its hold on Christians, this ploy was used by them to bring the Christians back under the yoke of the Church. As a reaction to ...
<<Free-eBooks Click here>>>