AS Pakistan grieves the loss of its children in Peshawar, a national consensus has emerged to fight and destroy the TTP terrorists responsible for this latest atrocity. The Pakistan Army will no doubt intensify its ongoing campaign against these terrorists and should be extended all possible support. Hopefully, Pakistan’s political leaders will suspend their power games to address this clear and present danger to the country’s security and progress.

This massacre is another reminder that over the past 30 years, Pakistan has been the principal victim of terrorism. It experienced the Indian-sponsored bomb blasts in the 1970s; the Soviet-Najibullah attacks during the 1980s; Shia-Sunni violence during the 1990s; and Al Qaeda and TTP terrorism over the last decade.

Until the anti-Soviet war in Afghanistan, terrorism was an ‘external’ threat for Pakistan; it was ‘internalised’ due to two strategic mistakes: Pakistan’s sponsorship of Islamic extremists against the Soviets, in collaboration with the US and its allies, and the subsequent decision to support religious militants, rather than the indigenous Jammu & Kashmir Liberation Front, during the 1990s Kashmiri uprising against Indian occupation.

The ghosts of these strategic mistakes continue to haunt Pakistan in its current battle against the TTP. Al Qaeda emerged from the detritus of the anti-Soviet Arab and other foreign fighters. It has masterminded many of the worst terrorist attacks against Pakistan. It attracted rebellious militants from Uzbekistan, Chechnya and Xinqiang, and spawned several of the current components of the TTP.

Today, there is an opportunity to build a genuine global consensus to eliminate terrorism.
To eliminate the TTP and its ilk, Pakistan needs to implement a well-considered plan to capture or kill these terrorists. It must also take bold measures to counter the causes for the emergence and existence of violent extremism in Pakistan: ignorance, greed, fear and poverty.

The hate and bigotry being spread from Pakistan’s pulpits and madressahs; the corruption that allows terrorists to roam the streets and infiltrate institutions; the crimes that generate financing for terrorist organisations; the fear which provides them impunity from prosecution for their crimes, and the absence of employment which results in recruits for their ranks, must all be addressed through comprehensive and courageous policies.

Hopefully, the national unity generated by the Peshawar atrocity will enable the government and the security forces to formulate and execute such policies. As a first step, all political parties should be required to openly condemn the TTP and its associates and break any links they may have with them.

However, terrorism is not merely an internal social and political issue within Pakistan. It has a vital external dimension which requires to be honestly addressed by Pakistan and the ‘international community’.

To do so, it should be recalled that most of today’s terrorist organisations mutated from insurgent groups initially sponsored by one or more states against adversaries. This holds true for the Tamil Tigers, Al Qaeda, the TTP, the Haqqanis, the IMU, the Etim and the Islamic State. Both Western and domestic commentators often focus on Pakistan’s support to militant groups in Afghanistan and Kashmir. But this is a ‘game’ which several states have played or are still playing against each other.

Global efforts to eliminate terrorism have foundered so far as rival powers have sought to outlaw groups threatening them while excluding others they themselves sponsor or support. The UN has not even agreed on a definition of ‘terrorism’.

Today, there is an opportunity to build a genuine global consensus to eliminate terrorism from Pakistan, this region and internationally. Each of the major powers have a stake in combating terrorist groups that pose a threat to their national security. The Etim targets China; the IMU aims to destabilise Central Asia; the Chechens threaten Russia. The US is targeted by Al Qaeda, the IS and their associates. Iran faces IS and Jundullah. Saudi Arabia is battling Al Qaeda and potentially threatened by the IS. Pakistan confronts the TTP and the Balochistan Liberation Army, both supported by Afghan and Indian intelligence.

In building such a global consensus, there are new possibilities for agreements between Pakistan and Afghanistan and perhaps even with India.

The extent of Pakistan’s influence over the Afghan Taliban, led by Mullah Omar, is uncertain, especially in the wake of Zarb-i-Azb, which has reportedly disrupted not only the TTP but also the Haqqanis. Any inter-mediation involving the Afghan Taliban should be made conditional on their openly breaking their links with the TTP, Al Qaeda and associated terrorist groups such as the Etim.

In any event, the ‘strategic value’ — if any — of the Afghan Taliban for Pakistan pales in significance when weighed against the importance of Islamabad’s strategic relationships with China, the US and Afghanistan.

Kabul’s cooperation will help to also end Indian support to the TTP and BLA. However, it would be wise for both countries to evolve an understanding for mutual restraint in Kashmir. If the Modi government holds back from the planned steps to change occupied Kashmir’s current status and allows genuine democratic rights to the Kashmiris, Pakistan should do all possible to restrain the ‘Kashmir Jihad Council’ from any provocative actions.

Such regional arrangements with Afghanistan and India could be broadened to include other ‘stakeholders’: Iran, Saudi Arabia, China, Russia and the US. Cooperation can be extended to jointly combating Etim, IMU and the IS.

The challenge cannot be underestimated. It is difficult for states to surrender tactical assets and advantages. It is even more difficult to eliminate groups motivated by local and national grievances and religious convictions, however misplaced. Today, all the major militant and terrorist groups feed off the same narrative: injustice and suppression of Muslims across several geographies. Part of a global consensus must offer an effective counter to this narrative and erode its appeal to disaffected Muslim youth across the world.

Counterterrorism consensus
by Munir Akram, dawn.com
The writer is a former Pakistan ambassador to the UN.

More: We can defeat Terrorists 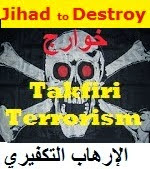