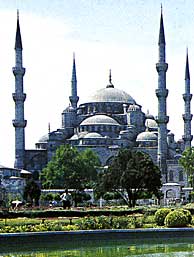 Muqtedar Khan is currently a Visiting Fellow at the Brookings Institution’s Saban Center for Middle East Policy. He is the author of American Muslims: Bridging Faith and Freedom. His website is  http://www.ijtihad.org/