Saudi Arabia Overhauls Its Strategy for Syria: Role of Pakistan

Saudi Arabia is running into trouble in its strategy to weaken Iran by supporting rebels who are trying to topple the Syrian regime. Riyadh is working to develop a more independent foreign policy doctrine after its biggest ally, the United States, opted not to engage in military action against Syria and opened talks with the kingdom's biggest enemy, Iran. Between a lack of sufficient international support for the Syrian rebels and the fact that Syria has become a major destination for jihadists of varying ideologies, Riyadh will find it difficult to achieve its goals in Syria.
Saudi Arabia is looking for alternative means to remove the Syrian regime, following the divergence in Saudi and U.S. interests pertaining to the Levant. From Washington's point of view, ousting Syrian President Bashar al Assad is not worth the cost of supporting Salafist-jihadist rebels. The United States is also working toward a detente with al Assad's main backer, Iran. From the Saudi perspective, this is an unacceptable situation.

But before Saudi Arabia can address a U.S. realignment on Syria or Iran's support for the al Assad regime, Riyadh has to deal with the more fundamental problem that the rebels are largely jihadists -- many of them enemies of the kingdom. For this reason, Riyadh has been supporting a coalition of relatively moderate nationalist Salafist-jihadist groups under the banner of the Islamic Front.
The Saudis need entities such as the Islamic Front in order to counter more radical elements such as al Qaeda, Jabhat al-Nusra and the Islamic State in Iraq and the Levant in a rebel landscape that is dominated by religiously motivated fighters. But there are two reasons Riyadh does not want to depend too much on the Islamic Front. 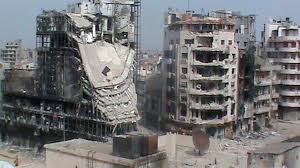 First, even the Salafist-jihadists aligned with Riyadh and opposed to al Qaeda are difficult to manage, given their ideology. Their motivation to fight the al Assad regime is useful to Riyadh right now, but in the long run these groups could be problematic. The Saudis have long supported the nationalist, non-Islamist Free Syrian Army and the Syrian National Coalition as a way to counter the Salafist-jihadists. Riyadh is trying to strengthen the Free Syrian Army on the battlefield, while also looking to increase the profile and reputation of the Syrian National Coalition so that it can emerge as a responsible political force and a future alternative government.


Saudi Arabia also needs to find more moderate groups to support in Syria because the United States and the international community are not comfortable with Saudi support for the Islamic Front. Washington has searched for moderates among the Salafist-jihadists, but without much success. If they are to revive U.S. and international support for efforts to topple the Syrian regime, the Saudis need to show that the rebels constitute a broad coalition of Islamist and secular actors.
But if al Qaeda could not control the Islamic State in Iraq and the Levant, the largest transnational jihadist force in the region, and had to distance itself from the group, then Saudi Arabia has even less of a chance of controlling these groups. The Saudis realize that the transnational jihadists in Syria are not weakening Iran, but are becoming a bigger threat to the Saudis and the wider Arab world and need to be dealt with before the situation becomes even worse.


Moves to Regain International Support
All of this is happening while the United States is negotiating with Iran. Tehran is using the opportunity to draw Washington away from the idea of regime change in Syria and toward a negotiated settlement. The Saudis roundly oppose such an outcome because they know Iran and its Arab Shiite allies would benefit -- especially with the Sunni opposition in disarray.
Before the Saudis can make progress against the al Assad regime and its patron, Iran, they will need to revive U.S. support for the Syrian rebels. This will be the main subject of conversation when U.S. President Barack Obama sits down with Saudi King Abdullah in Riyadh in a few weeks. But in order to resuscitate U.S. backing, Riyadh will need to deal with the problem that most of the rebels have radical ideologies. For this reason, Riyadh has initiated a wholesale review of its Syria policy.
As a critical step in this process, the Saudi government last week transferred responsibility from Prince Bandar, the head of intelligence and national security council, to Interior Minister Prince Mohammed bin Nayef. Bandar was seen as reckless. He has been held responsible for the failure of Saudi efforts in Syria and for the fact that al Qaeda and like-minded transnational jihadists hijacked Riyadh's efforts to topple al Assad and weaken Iran.
The choice of Prince Mohammed is telling. The interior minister has successfully fought al Qaeda in the kingdom through tough counterterrorism measures, cooperation with the United States, an anti-extremism campaign and a deradicalization program. The appointment means that the Saudis know they must first deal with al Qaeda if they are to achieve their goals in Syria. Meanwhile, Riyadh needs to create a regular rebel army. It is working toward this goal with Pakistan, among other actors.


Working With Pakistan to Control Syrian Rebels
Late last year, reports surfaced that Saudi Arabia was seeking Pakistani assistance to train rebels in Jordan and Turkey with the goal of creating a regular military force that could more effectively counter the regime's military. Such a force would be under the control of a rebel transitional government led by the Syrian National Coalition. This means Saudi Arabia would need to merge the Islamic Front and the Free Syrian Army into a coherent rebel army, as well as include the Salafist-jihadists in the political alliance -- both difficult tasks.
Last week the Saudis obtained Pakistan's full backing for the plan to form a rebel political authority. At a time when Syria is the most important foreign policy issue for the Saudis, several senior officials from the kingdom have visited Pakistan, and Pakistani army chief Gen. Raheel Sharif made a trip to Saudi Arabia -- all in the last two months. Saudi Foreign Minister Prince Saud al-Faisal and Deputy Defense Minister Prince Suleman bin Sultan visited Pakistan in January, and last week Saudi Crown Prince and Defense Minister Salman bin Abdulaziz visited Islamabad for three days.
Given the historical nature of Saudi-Pakistani relations and the current Pakistani prime minister's close ties to Riyadh, along with Islamabad's need for Saudi cash, it is reasonable to assume that Pakistan will assist the kingdom in providing small arms and training for the Syrian rebels, at least to the extent that this does not upset Islamabad's relations with Washington. But the Pakistanis can go only so far to help their Saudi allies. They do not want to anger Iran, which is already upset that jihadist forces based in Pakistan have been staging attacks against it.
There is only so much attention Pakistan can devote to helping the Saudis with Syria. Islamabad is preparing to mount a major offensive against a domestic jihadist insurgency that has exacerbated the country's already ailing political economy. Pakistan is also bracing for the jihadist elements that will emanate from neighboring Afghanistan once NATO completes its military drawdown by the end of the year.