Does France have an issue with Islam? La France at-un problème avec l'islam? 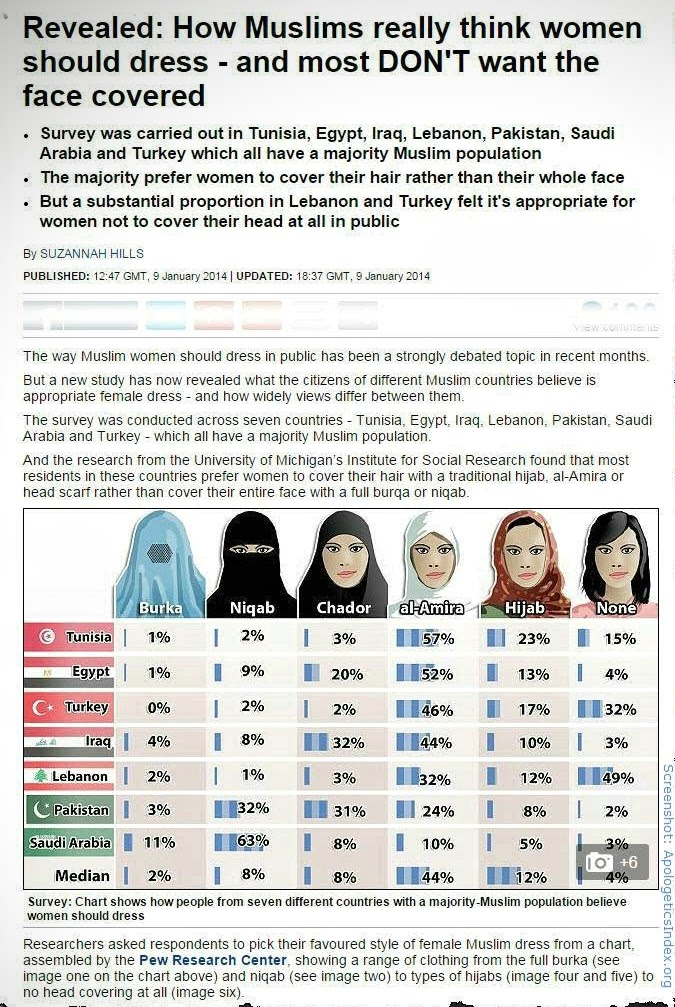 According to Francois Hollande, "France is having an issue with Islam". The French president, who is likely to run for another term in elections to be held next spring, has not hesitated to fuel the already sensitive debate on the question of identity through remarks about Islam and the Islamic veil in France in an upcoming "tell-all" book called A President Should Not Say That, which features 61 interviews with the president by Le Monde journalists Gérard Davet and Fabrice Lhomme.
............................

What is it we can find in this book? Various thoughts and considerations about his girlfriend Julie Gayet, remarks about French national football team players who are referred to as "naughty and rude kids" or "uber-wealthy celebrities," comments about what "cowards" magistrates can be, and above all many observations on an issue France has been obsessing about: Islam.

First of all, Francois Hollande says something that he has never attempted to say before: "There’s an issue with Islam, this is a given, no doubt.

"Nowadays, Islam is being used as a political, ideological and even terrorist advocacy tool, in order to destabilise democracies and the French Republic. Let’s not pretend there’s no issue here: there is one. However, we have to overcome it."

Living up to his reputation of being compromising, or, as some like to say, "always vague," Hollande adds "the real danger that Islam raises here does not lays in the religion itself, but in how the religion fits in the Republic. The real problem would be if Muslim people do not report any extremist action, or if the imams would speak in ‘anti-Republican’ terms."

A few pages on, we read that "the veiled woman of today" will be "the Marianne [symbol of the French Republic] of tomorrow".

"If we provide the right environment for her to thrive, she will free herself, take off her veil and become a French woman, a religious French woman if she wants to, capable of rooting for what she believes in […] What is it we are wishing for here? We wish that this woman will chose liberty over servitude […] Maybe for the moment the veil is a protection for her, but tomorrow she won’t need it anymore, there will be a place for her in society."

As soon as the juicy details leaked in the press, politicians of all stripes stepped in to comment. Marine Le Pen, president of the far-right Front National, started it off by saying she was "grieved" and asked herself "when does the president actually work?".

In the French Republic, the idea of having a veiled Marianne as the state's symbol did not go down well. Bruno Le Maire, candidate to the Republican primaries, struck back on social media by saying that "tomorrow as it was yesterday, Marianne will never be veiled!" Guillaume Larrivé, an MP close to Nicolas Sarkozy, the former president who is aleady campaigning to be elected next spring, said: ‘France won’t regress’.

Finally, within the Socialist Party, the crisis procedures have been activated. The first secretary of the party, Jean-Christophe Cambadelis, said that "all of that is far from being the French people's main concern".

Indeed, according to the latest opinion polls, unemployment is the most important concern of the French.

Between resignation and anger

"Another controversy against Muslim people. That is old news. There’s no Islam, there’s Muslim people. How am I an issue for France? And why can’t I represent France with my veil on?"

The spokesperson of the Fédération des Musulmans du Sud (Muslims of the South Federation), Feïza Ben Mohamed, said the president's comments were "shocking".

"Hollande doesn’t preach social cohesion here. The elections are coming up, we are in the midst of the State of Emergency and threatened by terrorists, but the president blames it all on a religion whilst advocating for the live-together concept and reject prejudices," she said in comments to MEE.

"I don’t know what is up with all those politicians in France," said an inhabitant of Nice, where a terror attack claimed by the Islamic State group occurred last 14 July.

"He is clear: to be considered as French you need to take off your veil. As if there was only one way of being French. If Islam bugs people that much it’s only because Muslim people have become visible. French Muslim people have political aspirations, like any other citizen."

‘Aren’t you pretty? Take that veil off!’: French colonial poster that was distributed during the Algerian revolution, posted on Twitter during the burkini controversy last summer (@musab_ys)

Pierre Tevanian, a professor of philosophy and author of Unveiling: From the Hijab to the Burqa: a French Obsession, called Hollande's comments a risky discourse.

"Saying that a religion is an issue in France is a problem itself. Or, we have to admit that France has an issue with Islam and we need to treat Muslim people equally," he told MEE.

The author especially condemned what the president said about Marianne.

"The woman who is wearing a veil will be Marianne only if she takes it off. She will have to submit herself to the diktats imposed by a man, by the parliament. Her freedom is scorned. In his sentence, [Hollande] forfeits her nationality to the woman who does not take off her veil.

"Yet, the majority of the women veiled in France are French. Not foreigners. This is another way of excluding a fringe of the population. This is exactly what the Front National is saying."

Nacira Guenif, a professor of sociology and anthropology at Paris VIII University, made the same observation:

"Hollande is depicting a Muslim woman who needs to be rescued. This is the same discourse as the neoconservatives who were in favor of the war in Iraq or in Afghanistan, claiming that they would save women from obscurantism and Muslim men.

"The majority of women who are actually wearing the veil have no problem whatsoever with their identity and live in peace. Hollande gives an orientalist twist to this veil, which is, on the contrary, for a lot of women, a means to emancipate themselves.

"In the French society, the oppression does not come from the veil itself, it comes from the public discourse, from all discriminatory practices in the labour market," she told MEE.

Was it a provocation? A blunder? A way of showing that Francois Hollande has in mind the next presidential elections and will probably run?

With his remarks about Islam, did the president stir the identity brew France has been boiling in, whilst trying to bring people together?

According to Nacira Guenif, he did.

"Hollande is campaigning and wallowed in the most populist comments. Apparently, he has completely changed his position, and he is no longer talking as the president. He is doing what the left-wing party has been doing for the past 30 years, meaning, recycling the Front National theses and making them appear more ‘left-wing’. But it doesn’t work."

If the French president, who is likely to run for another term, has grasped the two main tendencies that dominate public opinion in France - obsession over Islam and bringing people together - his appearence of always being in the middle makes him inaudible and even dangerous.

"He goes from pulling at the threads of identity anxiety, to trying to keep up a left-wing apparence. This is schizophrenia. While saying that there will be no civilisations war in France, he is obviously sowing its seeds."

This article was originally published on Middle East Eye's French website and translated by Nassima Demiche.

The views expressed in this article belong to the author and do not necessarily reflect the editorial policy of Middle East Eye.

Hassina Mechaï is a French-Algerian journalist based in Paris. She holds a Masters Degree in Law and one in International Relations and is specialised in Africa and Middle East affairs. Her topics of reflexion are world governance, civil society and public opinion, and media and cultural soft power. She has worked for various French, African and Arab media, including Le Point, RFI, Afrique Magazine, Africa 24, Al Qarra, and Respect Magazine.

Photo: Paris Mosque rector Dalil Boubakeur (C) walks with French President Francois Hollande (L) as they visit the Grande Mosquee de Paris prior to a ceremony to unveil a memorial for Muslim soldiers (AFP)
Does France have an issue with Islam? That's what Francois Hollande is sayinno
http://www.middleeasteye.net/columns/does-france-have-issue-islam-thats-what-francois-hollande-saying-1804519708