Is Chuck Hagel the man for the job?

As Obama picks his new national security chiefs, we examine the nomination of Chuck Hagel as defence secretary.

For his independence and commitment to consensus he's earned the respect of national security and military leaders, Republicans and Democrats, including me. In the senate, I came to admire his courage and his judgement, his willingness to speak his mind, even if it wasn't popular, even if it defied the conventional wisdom. And that's exactly the spirit I want on my national security team," said the president.
But the nomination still has to be approved by the senate and that is far from a formality.

Many Republicans have criticised the nomination, saying Hagel is too soft on Iran and not soft enough on Israel. And it has also drawn criticism from some Democrats too, who want one of their own in the post.

But why is Hagel's nomination so controversial?

Chuck Hagel has been criticised by Republicans for being "outside mainstream thinking on most foreign policy issues".
So where does he stand?

Hagel initially supported the US-led war in Iraq, but later sharply criticised how that war was managed.

As a senator, he called unilateral sanctions on Iran "counter-productive". But he has supported some sanctions and also endorsed labeling Iran a state sponsor of terrorism.

Hagel's support for Israel has come under scrutiny.
Many Republicans point to comments he made in 2008, when he said "the Jewish lobby intimidates a lot of people up here". On the flip side, he has also voted in favour of billions of dollars in military aid to Israel.

After the 9/11 attacks the US government began monitoring some Americans -  without their knowledge. As a member of the senate's intelligence committee, Hagel defended the government's actions, saying it struck a "delicate, but effective balance".

Hagel supported US involvement in a NATO force in Kosovo - during that country's war in 1999.

Inside Story Americas, with presenter Kimberly Halkett, discusses the new appointments with guests: Larry Korb, a former US assistant secretary of defence and a senior fellow at the Center for American Progress; Clifford May, a national security analyst and president of the Foundation for Defense of Democracies; and Hillary Mann Leverett, a former US state department official and also co-author of a new book: Going to Tehran: Why the United States Must Come to Terms with the Islamic Republic.
~~~~~~~~

Senator Chuck Hagel's nomination and inevitable appointment as Secretary of Defense is stirring controversy in the Senate. It should. 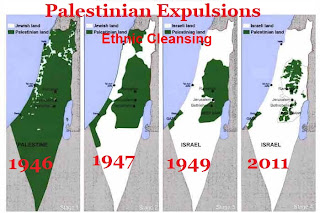 "Israel won't be happy about it because anything that undermines the peace process, any unilateral act, is not helpful. We have very serious and difficult issues that we face and that the Palestinians have to face that will have to be settled with negotiations."

Palestine is the most complex geopolitical and religious issue, confronted by the humanity, which if left unresolved will continue to pose major threat to the world peace.
The Zionist Cuckoos in Christianity's Nest
Stuart Littlewood views the ideology of Christian Zionism, which is rampant in the United States and has made some inroads in other "Christian" societies, and argues that, in essence, Christian Zionism is "a gross corruption of ...
http://peace-forum.blogspot.com/
Zionist Christians: Useful tool for Zionist Jews
Zionist Christians: Useful tool for Zionist Jews. Christian Zionists believe that in order to fulfill Biblical prophecy, Israel must conquer most of the Middle East. They are a growing force in American politics with ties to many ...
Peace-Forum: Zionist West versus Islam
The notorious crusades were initiated in by Pope Urban 2nd in 1096 when the Church was losing its hold on Christians, this ploy was used by them to bring the Christians back under the yoke of the Church. As a reaction to ...
Before Zionism, Most Christians and Jews Were Pro ...
Before Zionism, Most Christians and Jews Were Pro-Palestinian-By Rev Ted Pike. Few people realize that, as recently as 120 years ago, virtually every religious Jew was essentially anti-Zionist. They agreed that, because of ...