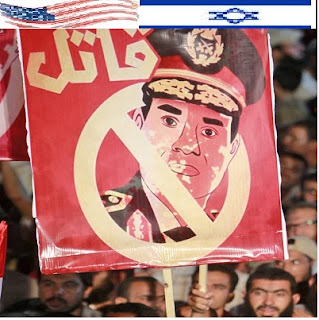 The Egyptian crucible has broken. The “unity” of Egypt – that all-embracing, patriotic, essential glue that has bound the nation together since the overthrow of the monarchy in 1952 and the rule of Nasser – has melted amid the massacres, gun battles and fury of suppression of the Muslim Brotherhood. hundreds dead – “martyrs” – makes no difference to the outcome: for millions of Egyptians, the path of democracy has been torn up amid live fire and brutality. What Muslim seeking a state based on his or her religion will ever trust the ballot box again?

This is the real story of today’s bloodbath. Who can be surprised that some Muslim Brotherhood supporters were wielding Kalashnikovs on the streets of Cairo? Or that supporters of the army and its “interim government” – in middle-class areas of the capital, no less – have seized their weapons or produced their own and started shooting back. This is not Brotherhood vs army, though that is how our Western statesmen will mendaciously try to portray this tragedy. Today’s violence has created a cruel division within Egyptian society that will take years to heal; between leftists and secularists and Christian Copts and Sunni Muslim villagers, between people and police, between Brotherhood and army. That is why Mohamed el-Baradei resigned tonight. The burning of churches was an inevitable corollary of this terrible business.

In Algeria in 1992, in Cairo in 2013 – and who knows what happens in Tunisia in the coming weeks and months? – Muslims who won power, fairly and democratically through the common vote, have been hurled from power. And who can forget our vicious siege of Gaza when Palestinians voted – again democratically – for Hamas? No matter how many mistakes the Brotherhood made in Egypt – no matter how promiscuous or fatuous their rule – the democratically elected president Mohamed Morsi was overthrown by the army. It was a coup, and John McCain was right to use that word.

The Brotherhood, of course, should long ago have curbed its amour propre and tried to keep within the shell of the pseudo-democracy that the army permitted in Egypt – not because it was fair or acceptable or just, but because the alternative was bound to be a return to clandestinity, to midnight arrests and torture and martyrdom. This has been the historical role of the Brotherhood – with periods of shameful collaboration with British occupiers and Egyptian military dictators – and a return to the darkness suggests only two outcomes: that the Brotherhood will be extinguished in violence, or will succeed at some far distant date – heaven spare Egypt such a fate – in creating an Islamist autocracy.

The pundits went about their poisonous work today before the first corpse was in its grave. Can Egypt avoid a civil war? Will the “terrorist” Brotherhood be wiped out by the loyal army? What about those who demonstrated before Morsi’s overthrow? Tony Blair was only one of those who talked of impending “chaos” in bestowing their support on General Abdul-Fattah al-Sisi. Every violent incident in Sinai, every gun in the hands of the Muslim Brotherhood will now be used to persuade the world that the organisation – far from being a poorly armed but well-organised Islamist movement – was the right arm of al-Qa’ida.

History may take a different view. It will certainly be hard to explain how many thousands – yes, perhaps millions – of educated, liberal Egyptians continued to give their wholehearted support to the general who spent much time after the overthrow of Mubarak justifying the army’s virginity tests of female protesters in Tahrir Square. Al-Sisi will come under much scrutiny in the coming days; he was always reputedly sympathetic to the Brotherhood, although this idea may have been provoked by his wife’s wearing of the niqab. And many of the middle-class intellectuals who have thrown their support behind the army will have to squeeze their consciences into a bottle to accommodate future events.

Could Nobel Prize-holder and nuclear expert Mohamed el-Baradei, the most famous personality – in Western eyes, but not in Egyptian - in the ‘interim government’, whose social outlook and integrity looked frighteningly at odds with ‘his’ government’s actions today, have stayed in power? Of course not. He had to go, for he never intended such an outcome to his political power gamble when he agreed to prop up the army’s choice of ministers after last month’s coup.  But the coterie of writers and artists who insisted on regarding the coup as just another stage in the revolution of 2011 will - after the blood and el-Baradei’s resignation – have to use some pretty anguished linguistics to escape moral blame for these events.

Stand by, of course, for the usual jargon questions. Does this mean the end of political Islam? For the moment, certainly; the Brotherhood is in no mood to try any more experiments in democracy – a refusal which is the immediate danger in Egypt. For without freedom, there is violence. Will Egypt turn into another Syria? Unlikely. Egypt is neither a sectarian state – it never has been, even with 10 per cent of its people Christian – nor an inherently violent one. It never experienced the savagery of Algerian uprisings against the French, or Syrian, Lebanese and Palestinian insurgencies against both the British and the French. But ghosts aplenty will hang their heads in shame today; that great revolutionary lawyer of the 1919 rising, for example, Saad Zaghloul. And General Muhammad Neguib whose 1952 revolutionary tracts read so much like the demands of the people of Tahrir in 2011.

But yes, something died in Egypt today. Not the revolution, for across the Arab world the integrity of ownership – of people demanding that they, not their leaders, own their own country – remains, however bloodstained. Innocence died, of course, as it does after every revolution. No, what expired today was the idea that Egypt was the everlasting mother of the Arab nation, the nationalist ideal, the purity of history in which Egypt regarded all her people as her children. For the Brotherhood victims today – along with the police and pro-government supporters – were also children of Egypt. And no one said so. They had become the “terrorists”, the enemy of the people. That is Egypt’s new heritage.
http://www.independent.co.uk/voices/comment/cairo-massacre-after-today-what-muslim-will-ever-trust-the-ballot-box-again-8762021.html