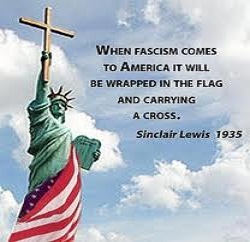 As the most powerful force in world history over the last four or five centuries, imperialism has carved up whole continents while oppressing indigenous peoples and obliterating entire civilisations. Related to power, it may be an individual endeavour where talent, skill and professionalism are deployed to achieve greatness and glory through conquests and occupation. An imperialist nation uses military power to defeat other nations and assert its greatness.

The US claims to be a democratic government, but its foreign policy has little tolerance for democratic values, rights or economic and political freedom. The American invasion of the Philippines, Mexico, Vietnam, and political intervention in Asian and African countries is well known. How the US overthrew the governments of Iran and Chile are also on record.

Another example is the United States` fight for independence against Britain. When the war was over, a Declaration of Independence was immediately issued and the constitution drafted with an amendment of the Bill of Rights, but the slaves and their rights remained unmentioned.

Whether achieved by an ambitious individual or with the unanimous consent of the majority of people, past experiences show that in both cases imperialist forces slaughtered people, and looted and plundered their resources. Land would be occupied, people enslaved and even sold in markets.


When the Athenians defeated the Persians, several Greek cities were freed from Persian control. After the Persians were driven away, the Athenians, returned to the ruins of their city, proud to have fought for freedom. So triumphant were they that they hardly noticed their losses and began to rebuild their homes and the city walls.

Eventually the Delian League was formed in 478 BC with a goal to make Persia pay and to free the Greeks under Persian dominion. The member states of the league could either offer armed forces or pay a tax to the joint treasury.

When the Island of Samos rebelled against Athenian domination, the Spartan assembly voted for all men to be killed, and women and children to be enslaved.

Later, the Assembly realised the harshness of their decision and reversed their vote.

Another case was the Island of Milos. The Melians claimed Spartan descent but remained neutral throughout this conflict.

The arrogant attitude of the Republic of Athens raises a number of questions. On the one hand, the Athenians valued freedom but on the other hand, they deprived other nations of it. An invasion was always supported by a majority vote all perfectly legal and democratic. When the victors returned home, the entire population welcomed them with jubilation. There was no regret for the massacre committed and the blood spilt.In another example of imperialism, the French Revolution raised slogans of liberty, equality and fraternity and the leaders of the Revolution tried to establish a society based on these concepts, yet failed to abolish slavery in the Caribbean islands where France had an economic interest. When the slave revolution broke out in the French colony of Tahiti, it was brutally crushed. Napoleon emerged out of debris of the revolution and built an empire after bloody wars and conquests, trampling revolutionary ideas without any remorse.

If powerful democratic countries continue to value freedom within their system but violate it in other countries, it is a contradiction of their moral values. Freedom should be recognized as the fundamental right of all nations. Only then, imperialism can be prohibited.