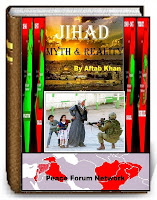 Several powerful trends have aligned to profoundly change the way the world works. Technology allows stateless groups to organise, recruit and fund themselves in an unprecedented fashion. That, coupled with the extreme difficulty of finding and punishing a stateless group, means that such groups are positioned to be lead players on the world stage. They may act on their own or as proxies for nation-states that wish to duck responsibility. Either way, stateless groups are a force to be reckoned with.

Throughout history, the lethality of weapons technology has inexorably increased. Bronze weapons were better than those made of stone; steel later outdid bronze; guns replaced bows; and so forth. Each new generation of weapons technology was deadlier and more lethal than its predecessor. Yet a general rule prevailed: successively more lethal weapons required successively larger investments and industrial bases. Making a bronze sword involved mining, smelting and casting. Steel required forced-air furnaces and forging techniques to shape the blade. Nuclear weapons were the zenith of this arc of increasing lethality and effort. A single device could destroy an entire city, but it also cost as much as a city and was far more difficult to build.

Advances in our understanding of biology mean that, for the first time in human history, the curve of lethality and cost has been turned on its head. Biological weapons can be incredibly dangerous, but they can also be cheap to produce and deploy. In a world where former superpowers have fallen on hard times and states such as Pakistan and North Korea have nuclear weapons, another path to cheap lethality is simple theft: a terror group could steal a nuclear bomb. A small group can now be as lethal as the largest superpower and could execute a strategic terror attack that could kill millions of people.

An attack of that magnitude differs in a fundamental way from the typical, tacticallevel terrorism suicide bombings that kill tens of people. It even dwarfs a Sept. 11-scale attack that kills thousands. However horrible, the body count and total harm from tactical terrorism is limited. In contrast, a single nuclear or bio-terror attack could kill more people than all previous terrorist attacks put together. The threat posed by this sort of large-scale strategic terrorism is fundamentally different in many respects from tactical terrorism.

Our defence establishment was shaped over decades to address what was, for a long time, the only strategic threat our nation faced: Soviet or Chinese missiles. More recently, it has started retooling to address tactical terror attacks, such as those launched on the morning of Sept. 11, 2001, but the reform process is incomplete and inconsistent. A real defence will require rebuilding our military and intelligence capabilities from the ground up.

Yet, so far, strategic terrorism has received relatively little attention in defence agencies, and the efforts that have been launched to combat this existential threat seem fragmented.

That`s a natural human reaction. Nothing like this has happened yet, so it is hard for people to take it seriously. That is exactly the sort of complacency that preceded Sept. 11, Pearl Harbour and other great defence disasters.

Shutting your eyes to unproven future threats is a strategy that leads to decades of calm punctuated by extreme disappointment.

History suggests that the only thing that shakes the United States out of complacency about defence is a direct threat from a determined adversary that confronts us with our shortcomings by repeatedly attacking us or hectoring us for decades. The Cold War is an excellent example; and for all its excesses, the defence establishment we built in response largely worked, and nuclear war was avoided.

Unfortunately, present and future foes are unlikely to follow this playbook. Instead, they wait patiently between attacks. For now, they are satisfied with tactical terrorism, but at some point they will have the means, opportunity and motive to turn to strategic terror weapons.

The most likely scenario is that the United States will continue to lumber along on its current path, addressing some issues and ignoring others. Then terrorists will launch their next attack. With luck, we will detect it in time to prevent a major disaster, but it`s quite possible that a strategic terror attack in the next decade or so will kill 100,000 to one million Americans. Surely, we then will get serious about strategic terrorism. Or we could start now.

By Nathan Myhrvold: http://epaper.dawn.com/~epaper/DetailImage.php?StoryImage=22_09_2013_014_001
By arrangement with the Washington Post/Bloomberg News Service