IS (neither Islamic nor state) and the morning after war 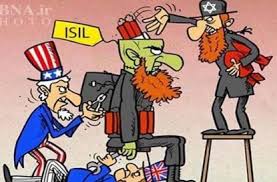 As the US Congress ponders President Barack Obama's request for an Authorization for Use of Military Force (AUMF) to fight the Islamic State (ISIS or IS), US policymakers must focus on the "morning after" before they embark on another potentially disastrous war in the Levant.
The president assured the nation at his press conference on February 11 that IS is on the verge of being contained, degraded, and defeated. If true, the United States and the West must address the future of the region in the wake of the collapse of IS to avoid the rise of another extremist threat and another "perfect storm" in the region.
The evidence so far that Washington will be more successful than during the Iraq war is not terribly encouraging.
The Iraq War parallel
George Tenet, former director of the Central Intelligence Agency, wrote in his book At the Center of the Storm that in September 2002 CIA analysts presented the Bush administration with an analytic paper titled "The Perfect Storm: Planning for Negative Consequences of Invading Iraq." The paper included "worst-case scenarios" of what could go wrong as a result of a US-led invasion of Iraq.


The paper, according to Tenet, outlined several negative consequences:
anarchy and the territorial breakup of Iraq;
regime-threatening instability in key Arab states;
deepening Islamic antipathy toward the United States that produced a surge of global terrorism against US interests.
The Perfect Storm paper suggested several steps that the United States could take that might mitigate the impact of these potentially negative consequences. These included a serious attempt at solving some of the key regional conflicts and domestic economic and political issues that have plagued the region for decades.


Related:
Bernard Lewis Plan to Carve up Middle East and Muslim World: http://aftabkhan-net.blogspot.com/2014/10/plan-to-carve-up-muslim-world.html
SIS: 'American-Zionist Tool' for Dismembering Iraq (Sotal Iraq, Iraq)
"Strangely enough, America today is fighting ISIS, and has sent experts to Iraq for that very purpose. For whom? For the love of Iraqis? And for whose benefit does America support ISIS and provide it with weapons in Syria? For whose benefit does it support the al-Nusra Front? ... Today it is essential to pay careful attention to, and analyze carefully, all American and Israeli plans. The forces of Freedom, human rights and democracy must join to defeat their criminal designs for undermining Iraq, and their tool of implementation, ISIS."

No observer of events can justifiably describe America's role in the Middle East as one of a neutral advocate of liberty and peace, because the U.S. shows no concern for Arabs or Islamic interests. It is entirely concerned with securing its hegemony over the entire region to ensure the protection of its own economic interests and the security interests of Israel.

Following the 2003 occupation of this ancient society, which has well-established roots and stretches far back in history, America employed a reckless and cunning policy of spreading sectarianism in order to dismember and dissociate Iraq's social and intellectual fabric.

The United States knew how to sow its malicious ideas with the rules and regulations imposed by the notorious [U.S. Proconsul] L. Paul Bremer. Bremer dissolved the Army, and his de-Baathification allowed militias to integrate into the armed forces, which fostered sectarianism and religious, ethnic and racial strife, establishing a system that encouraged the division of Iraq. Ultimately, that was the key objective.

If America had been truly serious about putting Iraq on the right path and instituting a genuine democracy, it would have issued legislation to protect human dignity and the right of the people to live within a framework of liberty, peace, security and safety! Instead, the United States did just the opposite, disrupting Iraq's civilizational project.

Strangely enough, America today is fighting ISIS, and has sent experts to Iraq for that very purpose. For whom? For the love of Iraqis? And for whose benefit does America support ISIS and provide it with weapons in Syria? For whose benefit does it support the al-Nusra Front?

Everyone should be aware that America, with its policies of double standards, its purely demagogic methods, and its changing of colors in the region, are in place only to serve its own special interests. What does America and its Zionist and Freemason allies want from Iraq after the catastrophes of Mosul and Tikrit? [ISIS overran both cities and continues to occupy them].
Posted By Worldmeets.US

Today it is essential for forces of freedom to stand against, pay careful attention to, and analyze carefully, all American and Israeli plans. Must all join to defeat their criminal designs for undermining Iraq, and their tool of implementation, ISIS. And we much take special care not to exclude any of Iraq’s religions, ethnicities, or races. Iraq is in dire need of a nation that stands with our armed forces to deter these traitors and ISIS scum.

For the sake of protecting Iraq's land, sky, and water, and maintaining the cohesion of the nation.