Islam is just as European as Christianity 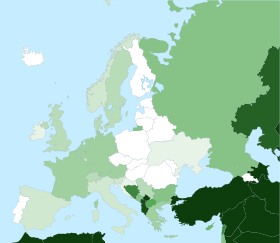 The truth is that Muslims have lived in Europe for centuries. And while Germany and France have the largest Muslim populations of any nation in Europe (unless we’re counting Russia or Turkey), the European Union member with the highest percentage of Muslims is actually Bulgaria.
These are not immigrants: Some are descendants of Turks who’ve lived in what is now Bulgaria for centuries. But many of them are Bulgarians who converted to Islam under Ottoman rule. By choice. 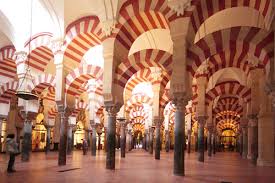 How old is European Islam? When Viktor Orbán isn’t busy rigging the system in favor of his increasingly authoritarian party, otherwise destroying Hungarian democracy, passively observing a dangerous rise in anti-Semitism, or cozying up to Vladimir Putin (best friend to Islamophobes like the Assad regime, which is driving so many Syrians to Hungary in the first place), he’s rewriting history.
It’s a long history, even without the longer legacy of Spanish, Portuguese, and Sicilian Islam. But briefly:
The Ottoman Empire invaded and conquered the Balkans in the 14th century. Many of their new subjects slowly began to convert to Islam. That might sound shocking, and some use this as proof Islam isn’t indigenous to Europe. But such xenophobic logic ignores the fact that Christianity spread through Europe in almost the same way; in fact, while the Ottomans were establishing themselves in Eastern Europe, Teutonic knights were already crusading against the indigenous peoples of what are now the Baltic states, forcing them to convert to Christianity. But who amongst us thinks Lithuania or Latvia is any less European for it? Islam is simply held to a different standard.
Rising nationalism saw many of these early Muslim communities wiped out, not very differently from how Eastern Europe’s Jewish communities were. The decline of Ottoman power in the 19th century was like a receding tide, leaving behind isolated communities, often viciously attacked by authoritarian, homogeneity-obsessed nationalists.
Decades of massacres and expulsions have reduced Eastern European Islam to pockets within pockets in Albania, Kosovo, Bosnia, Macedonia, Montenegro, Bulgaria. It’s tragic, but it’s not exceptional. At the same time that many Muslims were being wiped out in Europe, Ottoman armies were extinguishing the Christian Armenian population of Anatolia. Keep reading >>>>>
Northern Europe also remained outside Christian influence until the 11th century or later, and became a crusading venue as part of the Northern Crusades of the 12th to 14th centuries. These crusades also spawned a military order, the Order of the Sword Brothers. Another order, the Teutonic Knights, although originally founded in the crusader states, focused much of its activity in the Baltic after 1225, and in 1309 moved its headquarters to Marienburg in Prussia.
Related: https://en.wikipedia.org/wiki/Islam_in_Europe
Islam gained its first foothold in continental Europe in 711 with the Umayyad conquest ofHispania. They advanced into France but in 732, were defeated by the Franks at the Battle of Tours. Over the centuries the Umayyads were gradually driven south and in 1492 the Moorish Emirate of Granada surrendered to Ferdinand V and Isabella. Muslim civilians were expelled from Spain and by 1614 none remained in Spain.
Islam entered Eastern and Southeastern Europe in what are now parts of Russia and Bulgaria in the 13th century. The Ottoman Empire expanded into Europe taking huge portions of the Byzantine Empire in the 14th and 15th centuries. Over the centuries, the Ottoman Empire also gradually lost almost all of its European territories, until the empire collapsed in 1922. However, parts of the Balkans (such as Albania, Kosovo, Macedonia, Bulgaria, Sandzak (Serbia and Montenegro) and Bosnia) continue to have large populations of native, European Muslims. This is also the case in a number of regions within the Russian Federation such as the Northern Caucasus (Chechnya, Dagestan, Ingushetia, Kabardino-Balkaria, Karachay-Cherkessia, Stavropol Krai, Adygea), Crimea, Tatarstan, Bashkortostan and the Astrakhan Oblast. Transcontinental countries, such as Turkey, Azerbaijan and Kazakhstan have large Muslim populations.
In the late 20th and early 21st centuries substantial numbers of non-native Muslims immigrated to Western Europe. By 2010 an estimated 44 million Muslims were living in Europe, including an estimated 19 million in the EU.