Cover up of Tragedy at Mina on pretext of Will of God: Islam’s Tragic Fatalism

Earlier this month, on the Muslim holy day of Friday, a horrible accident took place in Mecca near Islam’s holiest site — the Kaaba. A huge crane fell on the mosque that encircles the cube-shaped shrine, killing 118 pilgrims and injuring almost 400. This tragedy was the deadliest crane collapse in modern history, and thus it begged for an investigation. Yet, in a highly religious country, the technicians that operated the crane, the Saudi Binladen Group, had an easy way out. One of them spoke to the press and simply said: “What happened was beyond the power of humans. It was an act of God.”

To their credit, the Saudi authorities did not buy this argument. King Salman bin Abdulaziz Al Saud immediately suspended the company from work, ordered an investigation, and offered compensation for the families of victims. The investigators soon concluded that the company was responsible for the accident, because it did not “respect the rules of safety” and violated the manufacturers’ operating instructions.
(But latercin the stempede at Mina, in which ovet 1100 pilgrimage have been reported dead and hundreds injured... the Saudi officials and grand Mufti says its will of God, destiny.... ???? )

While this factual investigation is a step forward, we must still ask why the technicians publicly absolved themselves of responsibility, and probably in their own minds as well, by evoking “fate.”

This is not the first time that this metaphysical excuse has come up in such circumstances. Worse accidents have happened near the Kaaba before, during the overcrowded season of pilgrimage, the Hajj, and the blame was reflexively placed on the divine. In 1990, 1,426 pilgrims died in a stampede caused mainly by a lack of ventilation. Nonetheless, the king at the time, Fahd bin Abdulaziz Al Saud, then argued: “It was God’s will, which is above everything.” “It was fate,” he added.

This isn’t just a Saudi problem; it is a global Muslim problem. Fatalism is constantly used as an excuse for human neglect and errors. Even in Turkey, which is much more modern and secular than Saudi Arabia, “fate” has frequently been invoked by various officials, including President Recep Tayyip Erdogan, as an explanation for colossal accidents on railroads, in coal mines and on construction sites.

In almost every case, however, closer scrutiny has revealed the cause to be Turkey’s poor work safety standards and the government’s sluggishness in improving them. Only in February 2015, after hundreds of tragic accidents that killed more than 13,000 workers in 12 years, did Turkey become a party to the International Labor Organization’s conventions on work safety, which were drawn up more than two decades ago and adopted long ago by many other nations.

Accidents, of course, happen everywhere. Yet in the Muslim world, fatalism often serves as a cover for inadequate safety measures or greedy bosses unwilling to pay for them. That is why Turkey’s top cleric, Mehmet Gormez, an erudite theologian, felt the need to warn fellow Turks that “Producing excuses about ‘divine power’ for human guilt and responsibility is wrong,” after a Dickensian mine fire killed 301 workers in 2014.

“The laws of nature are the laws of God. God has given us the ability to understand these laws and asked from us to act accordingly,” Mr. Gormez declared. “What is suitable for God’s will is to take the necessary precautions against the physical causes for disasters.”

This important statement was unmistakably grounded in certain medieval Islamic schools of thought, such as the Maturidis and the Mutazilites, who believed human beings possessed free will and could be “the creator of their own deeds.” They also believed that humans could use reason to interpret scripture and establish moral truths.

But such rationalist Muslim schools had powerful rivals, such as the Asharites and the even more rigid Hanbalis, the precursors of today’s Salafis. These dogmatists played down human free will by emphasizing God’s predestination, and discredited human reason. They also denied the existence of natural laws, assuming that causality is an infringement on God’s omnipotence.

Today most Muslims have little knowledge about these old debates, but they live within cultural codes largely defined by the dogmatists, who gained the upper hand in the war of ideas in early Islam. In these codes, human free will is easily sacrificed to fatalism, science and reason are trivialized, and philosophy is frowned upon.

Consequently, “God’s will” becomes an easy cover for intellectual laziness, lack of planning, and irresponsibility. Muslims in positions of power often refer to “fate” to explain away their failures, while never hesitating to take pride in their successes.

Colossal accidents in Mecca and elsewhere must be taken as alarm signals for Muslims to purge our societies of this problematic mentality and seek the great intellectual revival we need. Using oil money to import Western (or Far Eastern) technology is not a solution. What matters is gaining the skills to use that technology proficiently, with all the necessary precautions — and maybe one day inventing such technology ourselves.

Ironically, there was once a time when Muslims were the greatest inventors in the world, with towering mathematicians such as Al Khwarizmi (from whose name comes the term “algorithm”), physicians such as Avicenna (the father of modern medicine), or philosophers such as Averroes (who introduced Europe to Aristotle and rational theology). Taking pride in them today, as we sometimes do, is a start.

But the real question is why these thinkers’ ideas have had a greater impact on Western culture than on Islamic thought? And why have they been marginalized or branded heretical in the lands where they originated? Our past heresies could be exactly what we need to open our minds today.
Islam’s Tragic Fatalism: nytimes.com
More:
Free Will & Predestination: Discord or Concord:
https://faithforum.wordpress.com/2009/11/19/will-of-god-astray/ 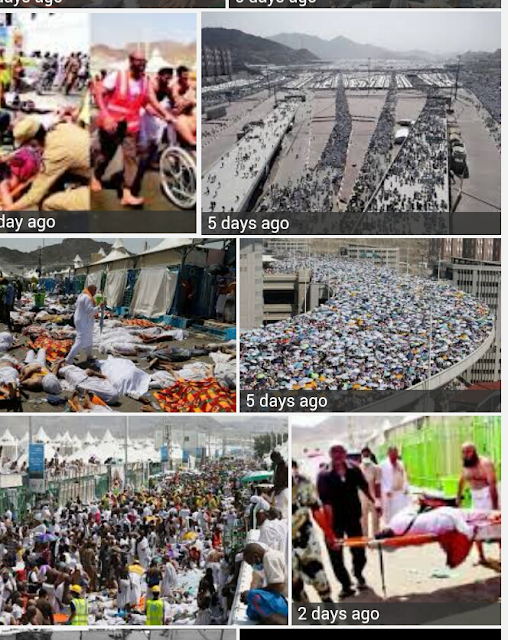