A recent Pew Research poll found that almost half of U.S. adults think that the Islamic religion is more likely to encourage violence than other religions, a figure that has almost doubled since 2002.  A clear majority of conservative Republicans (66%), white Evangelicals (60%), and Tea Baggers (67%) believe Islam is more violent than other religions, with a plurality of whites (44%) and older folks (42-46%) also thinking this.  (Of note is that blacks, Hispanics, and liberal Democrats are significantly less bigoted towards Islam.)  The idea that Islam is more violent than other religions–held most strongly by old white conservatives–is a key pillar to the edifice of Islamophobia.
Who was the most violent prophet in history? Most readers will immediately assume it was the Prophet Muhammad, thanks to a decades long wave of Islamophobia and a sustained campaign of anti-Muslim propaganda.   But here’s a tip: it wasn’t Muhammad.  Not by a long shot.  In fact, Moses had Muhammad beat by far. But it wasn’t even Moses.  In fact, it was Joshua–a Jewish prophet of Israel.  Today, he is regarded by Jews as “a mighty warrior” of the faith, a victorious hero, and a righteous prophet after Moses: [Keep reading http://peace-forum.blogspot.com/2011/03/most-violent-prophet-in-history.html]

The Suicide Bomber Prophet:
Prof. Philip Jenkins writes: In the minds of ordinary Christians – and Jews – the Koran teaches savagery and warfare, while the Bible offers a message of love, forgiveness, and charity. Worse, the Quran is said to be a book of terrorism.  It was in this vein that Bill O’Reilly invoked an analogy between the Quran and terrorism and Mein Kampf and Nazism.  It must be the Quran that compels these Islamic radicals to engage in suicide bombing and terrorism.
Prof. Jenkins responds:
In fact, the Bible overflows with “texts of terror,” to borrow a phrase coined by the American theologian Phyllis Trible. The Bible contains far more verses praising or urging bloodshed than does the Koran, and biblical violence is often far more extreme, and marked by more indiscriminate savagery.
Samson the Suicide Bomber Glorified in the Bible: One of the Israelite judges is worthy of special mention: the Jewish prophet Samson.  According to the Bible, Samson was responsible for killing thousands of Philistines (the indigenous population of southern Canaan).  Eventually, the Philistines successfully used a ruse to capture Samson, who was then taken to a temple where he was to be given as a sacrifice to one of the Philistine gods.  Instead, Samson leaned against the pillars of the temple, and brought the temple down, killing himself along with 3,000 men and women: [http://peace-forum.blogspot.com/2011/03/suicide-bomber-prophet.html] 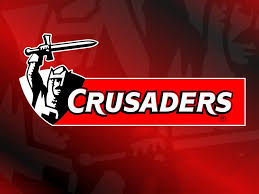 https://en.wikipedia.org/wiki/Crusades
Prophet Muhammad [pbuh]
After initially refusing to accede to requests by his followers to fight the Meccans for continued persecution and provocation, he eventually proclaimed the revelations of the Quran:
"Permission to fight is given to those who are fought against because they have been wronged -truly Allah has the power to come to their support- those who were expelled from their homes without any right, merely for saying, 'Our Lord is Allah'..." (Quran, 22:39-40)"
After the first battle of Badr against the Quraysh, he is reported as having said "We have returned from the lesser Jihad to the greater Jihad (i.e. the struggle against the evil of one's soul)." John Esposito writes that Muhammad's use of warfare in general was alien neither to Arab custom nor to that of the Hebrew prophets, as both believed that God had sanctioned battle with the enemies of the Lord.[Wikipedia: https://en.wikipedia.org/wiki/Military_career_of_Muhammad]

The Muslims fought only when attacked, or in the context of a wider war of self-defense. They argue that Muhammad was the first among the major military figures of history to lay down rules for humane warfare, and that he was scrupulous in limiting the loss of life as much as possible.
Following aspect be kept in view:

1-Muhammad, pbuh himself was under siege by 10,000 arabian soldiers in his Madina and he had onlyt 3,000 soldiers!
2-Muhammad in the 1st 6 years in Madina was attacked 3 times each time by a massive force more than his army at least 3 time and he won! - Deffensive wares
3-All the dead soldiers from both sides in Muhammad’s campaign was 270 soldiers.