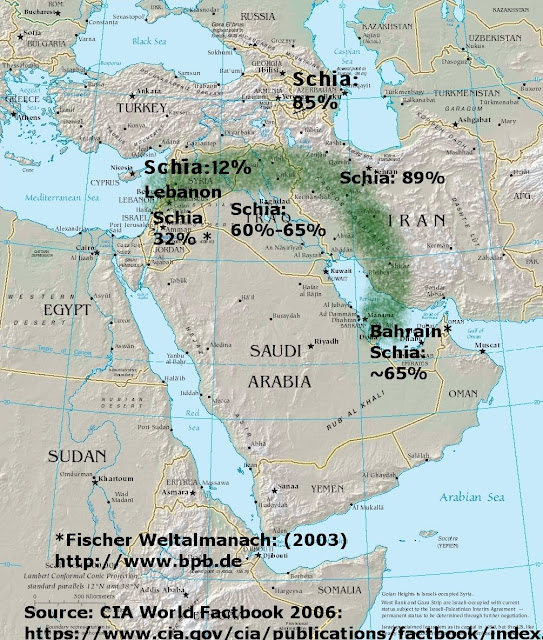 Arab powers in the Middle East fear that Iran is establishing a “Shiite Crescent” in order to advance its regional ambitions, The Wall Street Journal reported Thursday.

As the Islamic State continues losing territory to Iran-backed militias, Sunni countries are concerned that they may “face a potentially more dangerous challenge: a land corridor from Tehran to Beirut that would reinforce a more capable and no less implacable enemy,” the Journal wrote.

While many in the West regard Iran-backed forces as a preferable alternative to ISIS, “that isn’t how those militias are viewed in Riyadh and other Gulf capitals,” the Journal pointed out.

Prince Turki al-Faisal, the former head of Saudi intelligence and a nephew of Saudi King Salman bin Abdulaziz, told the Journal that Iran-backed militias and ISIS “are equally vicious, equally treacherous, and equally destructive.” He added that the West misunderstood Iranian intentions in the region, saying, “It’s wishful thinking that, if we try to embrace them, they may tango with us. That’s an illusion.”

The Journal explained that the threat of a “Shiite crescent,” first expressed by Jordan’s King Abdullah following the ousting of Saddam Hussein in 2003, has intensified in recent years.

While the dramatic growth of ISIS in western Iraq and eastern Syria after the outbreak of that country’s civil war cut off land communication between the crescent, Tehran has since increased its support of allied forces in the region in order to fortify their positions. In Syria, Iran’s terrorist proxy Hezbollah and other allied groups — primarily composed of Shiites from Afghanistan, Pakistan, and Iran — have been instrumental in keeping Syrian President Bashar al-Assad in power.

“Shiite militias controlled by Iran now play a far greater role than in 2011,” the Journal wrote, with Iraq expelling its Saudi ambassador last month after he criticized the Iran-backed groups. Also known as the popular mobilization forces (PMF), these militias were recently integrated into the Iraqi army and have taken over numerous Sunni areas in Iraq that were “liberated” from ISIS control.

Andrew Tabler, a fellow at the Washington Institute for Near East Policy, told the Journal that “Iran’s power has spread further afield than before in terms of direct military power. We have never had so many Shiite militias operating in so many different areas, and fighting in traditional Sunni strongholds.”

According to some, the threat posed by Shiite militias could lead to a new insurgency in the region. Saleh al-Mutlaq, a Sunni former Iraqi deputy prime minister, told the Journal that the ongoing disenfranchisement of Sunnis could lead to a repeat of history. “Unless you start thinking about the conditions that created ISIS in the first place and try to overcome these conditions,” he said, “there will be a new ISIS again, maybe of a different kind.”

Iran’s recent formation of a Shiite “Liberation Army” has raised fears among observers that Tehran “is asserting itself as a regional or even an imperialistic power,” according to Tallha Abdulrazaq, a researcher at the University of Exeter.

Reuters reported last month that Washington has failed to rein in the PMFs operating in Iraq, even as they “detained, tortured and abused” hundreds of Sunni civilians. In Syria, forces backed by Iran have ethnically cleansed several Sunni neighborhoods in and around Damascus.