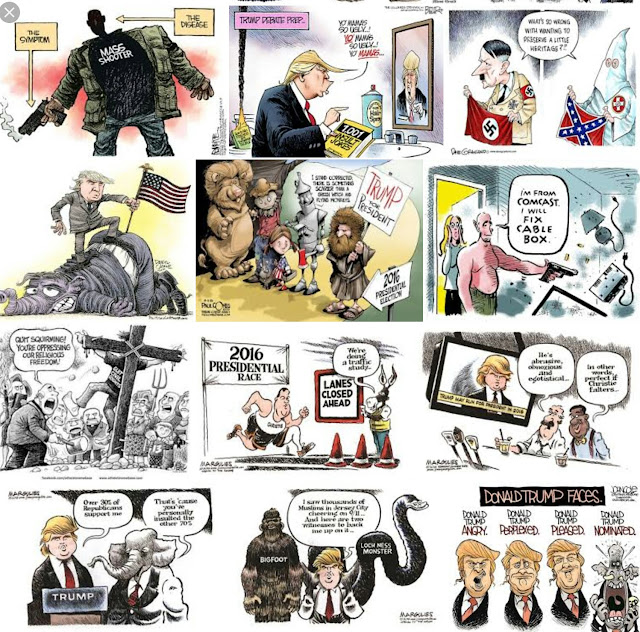 Shooting wars by Munir Akram
https://youtu.be/NVzZ3ob9lpU
LAST week, Steve Bannon, the `eminence gris`in the Trump White House, blithely observed that the US will soon be in a `shooting war` in the Middle East. He may be right. Donald Trump`s declared determination to eliminate `Islamic terrorism` implies intensification of several conflicts.

Syria:
Trump announced he will fight the militant Islamic State (IS) group, rather than Bashar alAssad, in Syria, and may commit US ground troops to this fight. This would have aligned US policy with Russia (and Iran). Trump has adjusted his position, endorsing the creation of `safe zones` in Syria. This will put the US at odds with Russia and Iran and erode the tenuous `ceasefire` they imposed after defeating the rebels in Aleppo. The Syrian war is likely to become further extended and more complex.

Iraq:
Even if IS is ousted from Mosul and Raqqa, and mopped up in the Syrian-Iraq desert, it will spread elsewhere. Iraq is likely to witness renewed internal rivalry between Shia, Sunni and Kurdish parties and a contest between Iran and a US-GCC coalition for influence in Iraq.

Iran:
A `shooting war` between the US and Iran is a real possibility. US Republicans and the military are hostile to Iran. Israel`s Benjamin Netanyahu sees Iran as an `existential` threat. America`s Arab allies oppose Iran`s growing influence and interventions in the region. These constituencies are convinced Obama`s nuclear deal with Iran has allowed it to retain nuclear weapons capability and expand its aggressive regional role. New US sanctions have now been placed on Iran after the latter`s missile test last week. Iran`s reactions will provide grounds to ratchet up sanctions and pressure. A US-Iran confrontation even if short of a shooting war would lead to intensiñcation of connicts in Syria, Iraq, Yemen, Lebanon, Afghanistan and elsewhere.

Israel-Palestine:
Trump appears to have backed away from unconditional support for Netanyahu`s settlements expansion in occupied West Bank. The US embassy shift has also been put in slow motion.

Yet, prospects for a two-state solution are fast eroding; the likelihood is rising that Fatah, even Hamas, may be marginalised and replaced by more extremegroups aligned with IS or Al Qaeda.

There are other areas where shooting wars and crises may erupt or be exacerbated.

Ukraine:
Fighting has recently resumed in Ukraine between government forces and the proRussian opposition in the east, perhaps to ensure the crisis is not ignored as Trump and Vladimir Putin seek to normalise ties. However, Trump has backed away from lifting anti-Russia sanctions unilaterally. The new US UN ambassador repeated US denunciation of Russia`s takeover of Crimea and role in Ukraine. The reset of US-Russia ties is likely to prove more complicated than Trump presumed.

Eastern Europe:
Similarly, Nato, pressed by the Baltic states and Poland, has gone ahead with planned military deployments and exercises along Russia`s borders. Trump has stepped back from dismissing Nato as `obsolete`. His defence secretary staunchly supports the alliance. Thus, European concerns will have to be factored into the US-Russia `reset`. The main bone of contention may not be either Ukraine or the limited Nato military deployment in Eastern Europe but US plans to instal a strategic ballistic missile defence system in Poland.

North Korea:
Trump`s claim he will neutralise North Korea`s nuclear and missile programmes is unlikely to be realised. China cannot be pressured to tighten sanctions against Pyongyang to a point that threatens North Korea`s political collapse.

Korean unification would bring US troops to China`s borders. A US military strike on North Korea would destroy prosperous South Korea. A regional crisis is, however, brewing due to planned US deployment of the THAAD ballistic missile defence system in South Korea which China and Russia believe would neutralise the strategic nuclear balance.

South and East China seas:
From a neutral stance, the US has moved to challenge China`s claims in the South and East China seas. US `Freedom of Navigation` patrols have expanded and 70 per cent of the US navy is now deployed in the Pacific. The US Pacific commander has said his forces are `ready to fight tonight`. The incoming US secretary of state commented in Senate hearings that China`s access to the disputed South China Sea islands could be`blocked` by the US. This was casually endorsed by the White House spokesman. The Chinese responded that to do so the US should be prepared to go to war with China. The US posture may be moderated after sober reflection.

Taiwan:
Trump has called into question US endorsement of the `One China` policy, the foundation of Sino-US relations for over four decades. Some Chinese officials have privately declared `the day Taiwan declares `independence` is the day Chinese troops will land on its beaches`. However, Taiwanese fully understand the danger and Trump`s posture is apparently designed to extract trade and other concessions from China rather than actually discard the policy. Still, a Sino-US crisis is possible over trade, missile defence and the South China Sea.

Pakistan-India:
Blissfully, South Asia has not figured prominently in the Washington policy turmoil.

The US administration will persist in seeking to coopt India into its strategy to contain China but is likely to be less accommodative of India`s attempts to `hedge` its bets with China, Iran and Russia. India could face problems on trade and immigration.

Pakistan will be pressed for cooperation on Afghanistan and terrorism. The US administration is likely to be more decisive in rewarding cooperation and penalising non-cooperation. Trump`s ego may propel him to attempt a mediatory role between India and Pakistan. However, in the event of a PakIndia crisis, the US will side with India. A Sino-US confrontation could result in a knock-on crisis in Pakistan-US ties.

The strategic environment: Today, arms expenditures are rising; military rhetoric is rampant; global and regional cooperation is eroding. After Trump`s election, the Bulletin of Atomic Scientists moved up its `Doomsday Clock` to two and half minutes to midnight. The last Soviet leader Mikhail Gorbachev observed recently that it `looks as if the world is preparing for war`. He urged world leaders to focus on preventing war, phasing out the arms race and reducing weapons arsenals. Unfortunately, no one seems to be listening. • The writer is a former Pakistan ambassador to the UN.
Dawn. Com
More:
Frequently Asked Questions <<FAQ>>