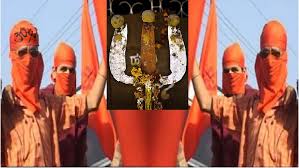 While unveiling a plan of action to prevent violent extremism at the United Nations General Assembly on Jan. 15, Secretary General Ban Ki-moon called for actions that are “as agile and far-reaching as the phenomenon itself.”

Underlining the necessity of “acting in a way that solves — rather than multiplies — the problem,” Ban urged all 193 UN member states to develop policies at the national level to prevent rapid expansion of violent extremist ideologies in different parts of the globe, which are being unfortunately fueled by radical advances made in technology. “Many years of experience have proven that shortsighted policies, failed leadership, heavy-handed approaches, a single-minded focus only on security measures and an utter disregard for human rights have often made things worse” warned Ban in his characteristic candid way.

Indeed, as Ban pointed out in his brief remark, it is humanity that ultimately loses by responding to ruthless terror with mindless policy — policies that turn people against each other, further alienate already marginalized groups and play into the hands of an enemy that wages war unconventionally. But then, not everybody seems to be in agreement with Ban on the right method of dealing with terrorism. The right-wing Hindutva organizations in India, for example, believes in adopting a confrontationist attitude in dealing with extremism as they consider it a religious battle that has to be fought violently. In the process, the hapless Muslims, who have unfortunately become synonymous with terrorism due to sustained propaganda, are feeling the heat for no fault of theirs.

Accordingly, thousands of people, including young women and children are being trained secretly to fight with guns, swords and even rocket launchers — all in the name of confronting Daesh. And shockingly, officers and soldiers having served the Indian Army with distinction for years are sharing their knowledge of weapons and subversion with budding minds, who should have been otherwise tapped by the state for their immense potential in peace-building. What does this say about an India, where a 15-year-old student of IX standard declares he wants to graduate in guns soon to save Hindus from Daesh invaders and has no other ambition in life, as his mentor from the Hindutva fold looks on gleefully?

How incredible does India look when a young girl learns to hold sword and firearm instead of toys and pencil and proclaim that she wants to wage a battle against Muslims to protect her mother and sisters, because a civil war is imminent? A mushrooming force of armed Hindu vigilante groups, with close proximity to the ruling Bharatiya Janata Party, has sprang up in the very province that Indian Premier Narendra Modi represents in the Parliament and are galvanizing motivated youths to take up the Hindutva cause of turning India into a Hindu nation within a definite time frame. Alarmingly, Daesh is being used as a façade to intoxicate innocent minds under the very nose of the Indian security apparatus, busy running after Muslim youths to ascertain Daesh’s penetration within the community.

An intelligence source confirmed that the security agencies were given adequate indication to maintain a neutral hands-off stance even though a steadily vitiating communal atmosphere is taking India toward anarchy bit by bit. And this private Hindu militia is proposed to be used as a strategic asset at some point of time, confirmed the same source, adding, this precisely is the reason why there is no dearth of resources for this secret endeavor. Does Modi or his national security advisor Ajit Doval not realize that radicalizing Hindu children and making teenagers hold arms instead of pens is fraught with serious consequences?

It is intriguing that Modi’s ideological brethren are brainwashing teenage kids into believing that Hindus should not be afraid of death because they are reborn. How astonishing it is for Mahatma Gandhi’s India to discover that elements encouraged by the ruling dispensation at the center are teaching children that their Hindu identity and very existence is at stake and these young recruits must match the level of Daesh extremism adequately by fighting fire with fire and taking revenge on Muslims residing in India. Surely, no civilized society can condone the deliberate creation of an atmosphere of hatred where children are taught to die with pride if they want to live in dignity in an India where Hindus are being allegedly cornered. How is it different from the Al-Qaeda, Daesh or Boko Haram recruitment methodology of turning innocents into zealots, hard bent on creating havoc, through perverted and evil distortion of facts?

It seems, Doval, with his deep-seated penchant for Hindutva narrative, is unable to recognize the simple fact that India’s multi-cultural societal edifice will crash in no time if the mindless indoctrination and arming of unsuspecting citizens by Hindu fanatics is not stopped immediately. To provoke and arm commoners, including minors, for confronting a particular segment of society in the name of fighting make-believe enemies is completely self-defeating, as it will invite untold sufferings. Instead of creating fertile breeding ground for intractable problems, Hindutva groups should promote brotherhood and societal harmony.
By Seema Sengupta, www.arabnews.com

▶ 3:54
tune.pk/.../hindutva-fascist-exposed-narendra-modi-ab...
Guest: Narendra Modi, who has been accused by many of supporting & turning a blindeye to the Hindutva ...