The long history of Muslims and Christians killing people together 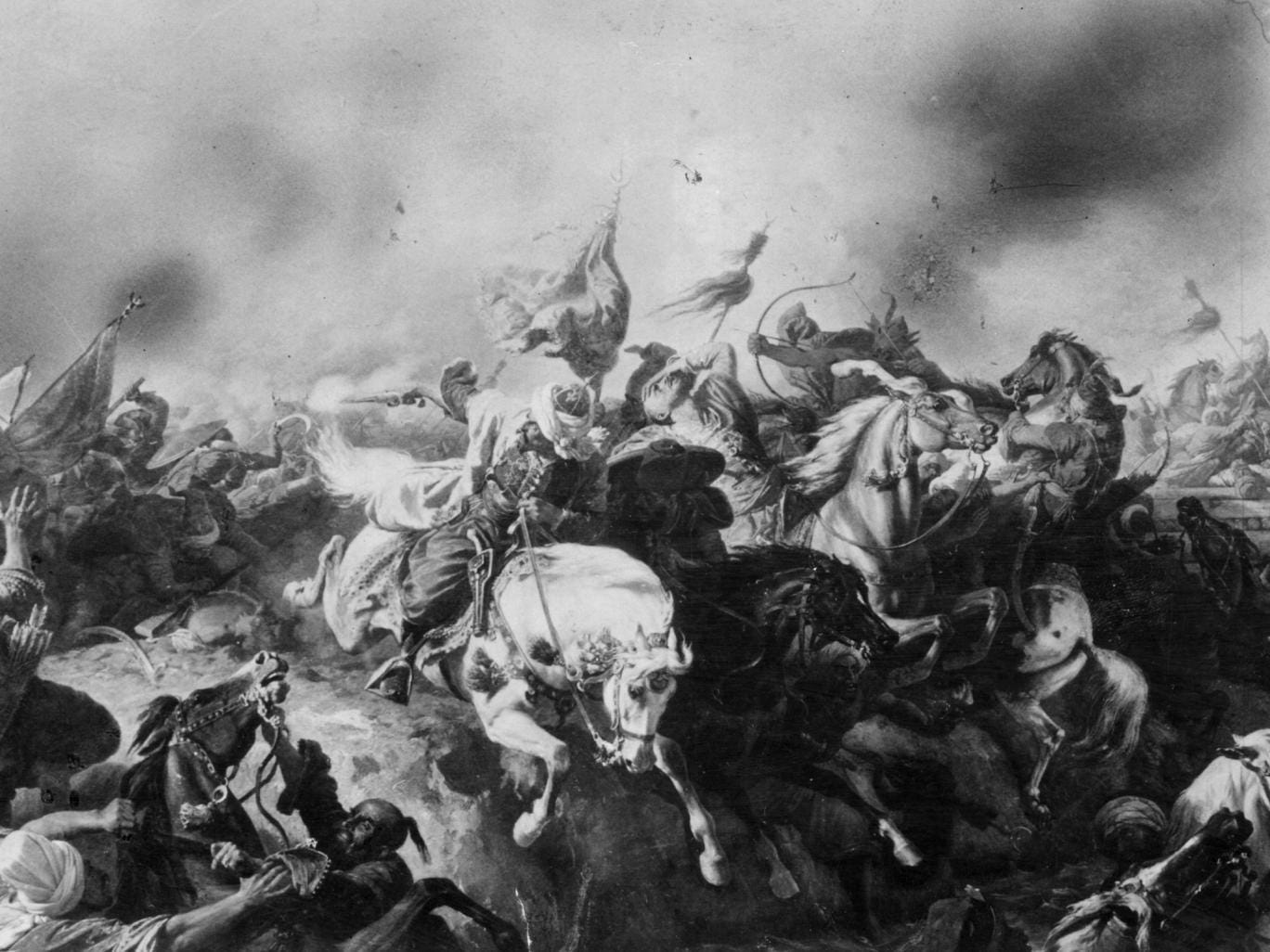 In 1683, a vast Ottoman army camped outside the gates of Vienna. For centuries thereafter, the siege and final decisive battle that took place would be cast as a defining moment in a clash of civilizations -- that time the forces of Islam were halted at the ramparts of Christendom.
Yet look just a little bit harder, and that tidy narrative falls apart. The Ottoman assault had been coordinated in league with French King Louis XIV. And perhaps more than half of the soldiers seeking to capture the Austrian capital were Christians themselves. There were Greeks, Armenians, Hungarians, Bulgarians, Romanians, Serbs, all fighting alongside Arabs, Turks, Kurds and others in the Ottoman ranks.
One of the main figures joining the Turkish campaign was Imre Thokoly, who was a Protestant born in what's now Slovakia and an avowed Hungarian nationalist. Tens of thousands of Hungarian peasants who were angry at the rapacious behavior of the Catholic Church, and the imperial Habsburg dynasty in Vienna had rallied to Thokoly's banner. His alliance with the Ottomans enabled the rapid Turkish march toward the Austrian capital.
It reflected, writes British academic Ian Almond in his 2009 book "Two Faiths, One Banner: When Muslims Marched With Christians Across Europe's Battlegrounds," how "little use terms such as 'Muslim' and 'Christian' are to describe the almost hopelessly complex web of shifting power-relations, feudal alliances, ethnic sympathies and historical grudges" that shaped much of European history.
That sense of nuance fades over centuries, and certainly wasn't apparent last year when another Hungarian nationalist -- the country's current Prime Minister Viktor Orbán -- cited the legacy of the Ottoman conquest to justify keeping Syrian refugees from passing through Hungary's borders.
"I have to say that when it comes to living together with Muslim communities, we are the only ones who have experience because we had the possibility to go through that experience for 150 years," Orbán told reporters last year, apparently referring to the period of dynastic warfare and mayhem that was sparked by the initial Ottoman invasion in the 16th century.
Orban has hardly been alone with this sort of grand, historical rhetoric. A host of Eastern European leaders, representing various right-of-center, nationalist governments, echoed Orbán's line, painting the migrant influx as an existential threat, an "invasion" of people whose cultural identity is wholly alien to Europe. A coalition of far-right activist groups in the region last week warned of "Islam conquering Europe" and announced plans for joint protests.
Further west, from France to the United States, conservative politicians -- including Republican presidential candidates -- also have gestured at a clash of civilizations when proposing bans on refugees or even halting Muslim migration altogether.
"Today, words such as 'Islam' and 'Europe' appear to have all the consistency of oil and water," Almond writes. But, he goes on, "the fact remains that in the history of Europe, for hundreds of years, Muslims and Christians shared common cultures, spoke common languages, and did not necessarily see one another as 'strange' or 'other.'"
The starkest proof of that lies in the battlefield, where Muslims and Christians died next to one another over many centuries.
It wasn't just the Ottomans who had multi-confessional armies. Muslims and Christians fought on all sides of the struggles in medieval Spain, where the last Muslim kingdom was snuffed out only in 1492. The Grand Catalan Company, an infamous mercenary outfit, ended up employing thousands of Turks even after it had been paid to fight them.
Frederick II, a 13th-century king who became the Holy Roman Emperor, deployed thousands of Arab Muslim archers and warriors during his wars with rival factions in Italy, including the armies of the pope. Chroniclers at the time documented the presence in the emperor's ranks of elephants bearing wooden towers bristling with Saracen, or Muslim, soldiers.
The Crimean War of the mid-19th century, a conflict a bit closer to our modern moment, saw a similar mishmash of identities and loyalties. Algerian soldiers were conscripted into the French army; Tatar Muslims were in the Russian ranks; all sorts of Christians -- including Cossacks, Romanian militias and Greek doctors -- were in the service of the Ottomans.
The point is not to romanticize this past -- which, in any event, was rather bloody and brutal. But it's worth bearing in mind these historical footnotes when thinking about the ideological divides and political rhetoric of the present.
"Strategically choosing when to talk about religious differences and when to keep quiet is the oldest trick in history," Almond writes. It's a pretty useful tactic in politics, too.
Washington Post:
http://www.independent.co.uk/news/world/europe/the-long-history-of-muslims-and-christians-killing-people-together-a6834206.html