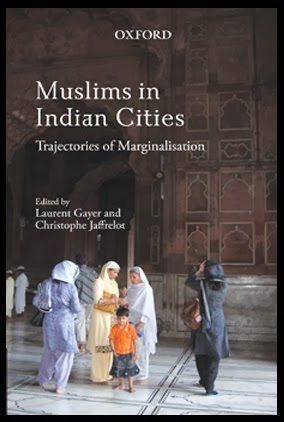 ONE of the foundational tropes of the official nationalist narrative in Pakistan, repeated in millions of textbooks and on thousands of screens every day, is that Partition was necessary to prevent the Muslims of the subcontinent from being oppressed by united India’s Hindu majority. While the question of what might have happened if Partition had not happened remains moot and ultimately indeterminate, those who would still like to indulge in this kind of counterfactual exercise might point towards the fact that, given India’s loose federal structure and its formally secular constitution, as well as the demographic strength of a Muslim community not divided by the events of 1947 and 1971, mass subjugation would have been both difficult and unlikely. Some may even be tempted to argue that despite the trauma of Partition, India’s record on the protection and accommodation of minorities has been relatively good, with episodes of communal violence representing unfortunate exceptions to the norm.
As is made clear in the introduction to Muslims in Indian Cities: Trajectories of Marginalisation, however, such an argument would be on very flimsy ground indeed. Drawing on ethnographic case studies from 11 cities spread all over India, this collection of essays presents a bleak picture of Muslim decline and marginalisation. In addition to being characterised by very low levels of socio-economic development, India’s Muslims also have an ambivalent relationship with the rest of society, with the indifference of the state and perceptions of persecution contributing towards the ghettoisation of Muslim communities in Indian cities, a tendency often reinforced by Muslims themselves.

In attempting to trace the factors that have led to this situation, Christophe Jaffrelot and Laurent Gayer identify several proximate auses, namely the decline of Urdu and the Muslim aristocracy following the revolt of 1857, the stigma and violence of Partition in 1947 as well as the migration of much of the old Muslim elite to Pakistan and, perhaps most importantly in the contemporary context, the rise of Hindu nationalism and communal violence in the last two decades.

With this argument in the background, the individual contributions to Muslims in Indian Cities, as well Jaffrelot and Gayer’s excellent conclusion, devote much of their time to explaining precisely how and why the interrelated spatial, political, social and economic marginalisation of urban Indian Muslims has evolved.

In the locality of Shivaji Nagar, a Muslim slum in Mumbai, Qudsiya Contractor argues that the relegation of Muslims to this area is an outcome of the city’s violent communal politics and the associated negative profiling of the Muslim population. As a result, the area is also characterised by a lack of interest and engagement by the state, a fact that is also underscored by Pralay Kanungo’s work on Cuttack, where the absence of schools, sanitation, and the police in inner-city Muslim neighbourhoods illustrates how poverty and identity overlap to generate the disconnect between the state and the local Muslim community.

In Bhopal, Christophe Jaffrelot and Shazia Wülbers show how discrimination, particularly in the job market, has led to Muslims being confined to the old city even as Hindu migrants have flowed in and taken up positions that were once occupied by the city’s Muslim elite. Perhaps most damaging of all is the sense of victimisation felt by the city’s Muslims, and the way in which it has led many members of the community to believe that their situation could never be improved.

Similar stories play out elsewhere in India; in Ahmedabad, one of India’s more riot-prone cities, violence and overt discrimination are cited by Jaffrelot and Charlotte Thomas as being the main factors behind the spatial and socio-economic marginalisation of the city’s Muslims. Here, however, it is also argued that this marginalisation has not been entirely negative; in the face of overt discrimination, Ahmedabad’s Muslims have been able to turn their segregation to their advantage, using it as a means through which to forge stronger intra-community ties based on solidarity, and aimed at addressing needs that might otherwise not be met by the state.

One of the great strengths of Muslims in Indian Cities is the way in which the case studies make use of ethnography to flesh out more nuanced and detailed narratives that focus not only on the common strands that define the Muslim experience in urban India, but also the variations and differences that would inevitably be expected in the face of differing regional contexts and the interaction of religious identity with ethnicity, class and caste. Thus, for example, Gayatri Rathore’s chapter on Jaipur emphasises the enduring influence of caste on Muslim identity in the city, with this being used as a basis for the creation of collectivities, particularly amongst those lower in the social hierarchy, aimed at addressing common problems with regards to accessing state services and resolving disputes.

Similarly, Juliette Galonnier’s work on the Old City in Aligarh points towards the existence of multiple overlapping identities, with the local Muslim community being divided between the elite and the non-elite, as well as the upper and lower caste. In Cuttack, Pralay Kanungo highlights the “stigma of being a qasai,” showing how intra-Muslim discrimination on the basis of caste complicates and undermines any notion of the Muslims of India being a monolithic whole defined only in terms of their religion. This is also made clear through the references to sectarian conflict that appear throughout the book, with Gilles Verniers’ account of the Shia-Sunni divide amongst the Kashmiris of Lucknow emphasising this particular aspect of Muslim communal life in urban India.