If the whole Muslim population is placed under a restive “judgment” of mistrust, it is not the fault of the “other” but our own “private bomber” who believes that they are going to “paradise” if they blow up a cathedral or an opera house full of people


I am a Muslim and I do not approve of what some “Muslim terror groups” are doing to the world in their frenzied state of heedless revenge against an enemy which is not even there. The Islamic State group for instance, brings shame to me being a Muslim. I was shocked the day Paris was attacked for it was only innocent people who got killed and maimed. It is always the innocent who get killed in majority (or should I say all) of the attacks perpetrated and then heretically owned by Muslim terror outfits. The policy makers, the aggressors and the assumed “proponent enemies” are seated behind fortresses while our Muslim brothers kill unassuming people who are out to earn their living or by all means live a happy life. This is terrorism and there is no running away from it. If the whole Muslim population is being blamed and is placed under a restive “judgment” of mistrust, it is not the fault of the “other” but our own “private bomber” who is persistently focused on the belief that he or she is going to “paradise” if he or she manages to blow up a cathedral or an opera house full of people. It is our own people who make lives difficult for us. 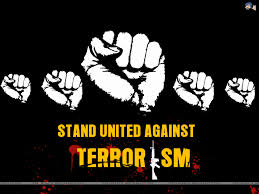 As for me, I am a man of simple faith and I believe in the ideals that my religion teaches me. But I am not frenzied; I am not out to hit out every person from a distinct faith to secure my position in paradise. I am far away from that, because first I am a human being and my religion teaches me love and compassion for not only other humans but even “inanimate” objects like the roads I walk on. My religion teaches me to feed the hungry rather than stuffing my own abdomen with loads and loads of food and I need to weigh, intrinsically, how focused I am on such “deeds”. I have to look out for my neighbours the way I look out for my father and mother. If I am a Muslim I have to abide by all that my religion preaches and not stay obscurely focused on “how to eliminate” the “other”. I would not mind if I may be hurting the sentiments of people who believe in a different, “conjured Islam” because it is high time that Muslims who love their religion for everything good it has to offer stand up against those who are out to disfigure the very instinct of it.


I do not see the West as an oppressor of Muslims specifically since the West has intervened in the internal affairs of almost every nation and has poked its nose into “everyone else’s business”. The fact that most of the regions that have been hit by Western diktats and unwanted intervention were predominantly Muslim territories owes allegiance to the fact that these territories are home to exhaustive oil and mineral reserves. Talking of that we find that the West has intervened in almost every territory that had or has the potential to precursor hegemony over Caspian oil and natural reserves and these interventions can genuinely be classified as “intrinsic” to the power play of such nation-states, for instance the US which has kept its position as a world super-power secure for a long time now owing to its power politics mediated through its aggressive armed interventions into Iraq and Afghanistan. In order to maintain its “hegemony” the US had to categorically maintain “lockdowns” on resource-rich territories or at least tried to do, lest it only witness its fall from “glory”. We must also realize as a population that the world has evolved since monarchs and emperors would engage themselves in sword-fights to conquer new lands and the changed world order has set the economic precedent for everyone. It is monopoly over markets and economies that lay the route for greater stability and super-powerfulness. If we hold grudges over that then maybe some of us need a dozen or so teleportation machines to be transferred back to the recesses of savagery.

So who are we fooling? Rather than laying a well-planned economic siege over magnates, who own disastrously wealthy corporations, and media giants who twist the “game” into their favour away from public discourse, why are groups like the IS irrationally disposed only to murder innocent people? My answer to my own question is that their vision is too blurred by fanatic ideologues and their ideologies to see where the world is actually heading. They are too desensitized to realize that instead of reeling in disastrous amounts of flak which puts the future of world Muslims at the crosshairs of missile launchers and snipers they could be the agents of change.

Resource hungry magnates drive opinions aided by debauch media houses which lead to aggressive interventions on part of the West in the rest of the world while our aimless armed “treatments” help them draft their courses of action. Common people are as innocent as ever and they have no idea what is generally going on. So, why should they be targeted? It would have made much more sense if our terror outfits, which in the name and under a misrepresented and misinterpreted emblem of Islam blow up the credentials of every living or dead Muslim on the face of the earth with every bombing they execute to achieve a miscalculated “revenge”, sat down with their very own people and tried to solve things by first solving their anger issues, setting their priorities right and then evolving mechanisms to eliminate disparities amongst the Ummah and then addressing the world as a singular, sane and rational voice which I am sure would be heard. Acting out of unwarranted trust-issues at the behest of blood-soaked petro-dollars pumped in by our own elite and maintain a steady body count of the “other” as segregate groups is only rendering the writing on the wall bolder – that all Muslims are ‘heedless terrorists’.
By Arshid Malik:
http://nation.com.pk/blogs/29-Nov-2015/we-muslims-need-to-take-a-firm-stand-against-our-fellow-muslims-who-are-killing-in-the-name-of-our