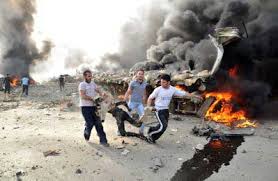 THE chaos and carnage that has now spread from Afghanistan through West Asia and the Levant to North Africa and the Sahel is widely ascribed to Al Qaeda, the militant Islamic State group and their franchises or affiliates.

Yet, the origins of the conflicts and terrorism that engulf this arc of Muslim countries, and threaten Europe and beyond, are, fundamentally, the consequence of misguided or malevolent intervention by foreign powers in the affairs of Muslim states.

This history starts with the Soviet Union’s December 1979 military intervention in Afghanistan and the decision of the US, supported by its allies, including Pakistan and several Muslim states, to sponsor the religious Afghan parties — the Mujahideen — and import several thousand extremist fighters as their auxiliaries.

After the Soviet withdrawal, the Mujahideen mutated into the Taliban. The Islamic auxiliaries morphed into Al Qaeda.

Emboldened by their Afghan ‘victory’, Al Qaeda’s ambition was to eject the US from the Islamic world and overthrow Arab regimes allied to it. Many veterans of the anti-Soviet jihad stayed on in Afghanistan and Pakistan to form Al Qaeda ‘central’; others returned to their home countries to build Al Qaeda as a global movement.

Wherever their ‘terrorist’ insurgencies were ruthlessly suppressed, these ‘jihadis’ went underground or ‘migrated’ to more hospitable locations.

The ‘war on terror’, unleashed in response to the 9/11 terrorist attack on the US homeland, forms the next chapter in this history. Disregarding the lessons of the past, the US invaded Afghanistan instead of targeting Al Qaeda only.

Over a decade, America was able to degrade Al Qaeda and eventually kill its leader. But, by extending the fight to the Mullah Omar’s Taliban, it exacerbated Afghanistan’s ethnic fault lines, made national reconciliation difficult and created conditions in which Al Qaeda’s competitor, the IS, could emerge as a prominent force.

The Syrian civil war represents the sum of all the sins of foreign interference.
Hubris, generated by its post-Cold War monopoly of global power, led the US to make its most critical strategic mistake in recent years: the 2003 invasion of Iraq, the third episode of interventions, ousting Saddam’s (repressive and minority) Sunni regime, dismantling his army and administration, and enabling the Iran-affiliated Shia parties to gain power in Baghdad through ‘democratic elections’ (held basically to legitimise the US and foreign presence in Iraq) led to splintering the country into its Shia, Sunni and Kurdish components and generating a Sunni insurgency led by Saddam’s soldiers and Al Qaeda in Iraq (AQIP) — which has now morphed into IS.

The removal of the Sunni regimes in Afghanistan and especially in Iraq expanded Iran’s influence and power in the region and eroded that of America’s Saudi and Gulf allies.

Terrorism became entwined with proxy wars. This is the fourth and under-acknowledged part of this history.

Then came the ‘Arab Spring’ uprisings in Tunisia and Egypt which were naively embraced by Western powers as heralding the long-awaited birth of Arab ‘democracy’.

Tunisia has succeeded so far in making a peaceful transition to democracy.

Egypt has experienced a cycle of military rule, an Islamic democracy and military rule again, precipitating an Islamist insurgency centred in the Sinai and now linked to IS.

In Libya, Qadhafi’s ouster was secured through armed support to insurgent groups and a prolonged aerial campaign by European powers, with America “leading from behind”. As in Afghanistan and Iraq, little thought was given to what would come the day after.

Libya is now splintered into rival areas, cities, tribes, groups and governments, some with connections to terrorist organisations including IS — which has a direct presence there.

After Libya, attention turned to Syria. Externally encouraged demonstrations against the minority Alawite regime of Basharul Assad were met by characteristic violence.

Opposition groups from Syria’s Sunni majority secured ready support from the West as well as Turkey, Saudi Arabia and other Gulf states.

As the conflict escalated, the most effective fighters turned out to be those belonging to an Al Qaeda affiliate (Jabhat al Nusra) and IS, led by AQIP’s Al Baghdadi and Iraqi veterans.

The Syrian civil war represents the sum of all the sins of this history of foreign intervention. A repressive minority regime fights on with support from Iran and Russia. An estimated 250,000 people have died in the conflict.

It has created a refugee crisis of epic proportions. The tide of Syrian and other refugees from the region has divided Europe, strained its vaunted commitment to human rights and humanitarianism and revived racism and Islamophobia.

This conflict has created IS, a militant organisation which occupies and rules the Sunni heartland of Syria and Iraq with unparalleled brutality and whose influence and affiliates span a wide swath of the Islamic world.

Its appeal for extremists will grow unless it is defeated. Months of US bombing has failed to dislodge it from its strongholds.

Instead, IS has brought the war to its opponents, carrying out terrorist attacks against Russia, Turkey, Lebanon and France. It is unlikely to be defeated without “boots on the ground”.

No one is prepared to send in an army to eject IS, except Iran and its allies. This is naturally not acceptable to Saudi Arabia, Turkey and the Western powers since it would further enhance Iranian and Russian influence in the region.

A strategy to defeat IS and end the conflicts in Syria and Iraq will need to start with an alignment of the objectives of all the major players involved.

This implies a prior agreement on the future governance of Syria and Iraq before any combined military operations can be contemplated — mainly by Sunni forces.

A confederal structure in which Assad is confined to the Alawite majority regions of Syria and wide autonomy for the Sunnis and Kurds in Iraq are the only feasible political solutions.

Hopefully, political accords on Syria and Iraq and a joint campaign against IS will generate momentum for dismantling IS and Al Qaeda affiliates; create the political space for compromises to end the conflicts in Yemen and elsewhere, and bring to an end the modern history of foreign interventions in the Muslim world.
By MUNIR AKRAM — The writer is a former Pakistan ambassador to the UN.
http://www.dawn.com/news/1223073/syrian-civil-war-fruits-of-foreign-intervention
~ ~ ~ ~ ~ ~ ~ ~ ~ ~ ~ ~ ~ ~ ~ ~ ~  ~ ~ ~  ~
Humanity, Religion, Culture, Science, Peace