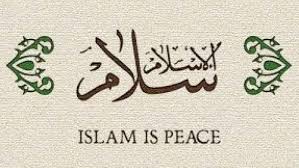 Interior Minister Bernard Cazeneuve urged French Muslim leaders on Sunday to develop an "enlightened Islam" to confront what he called the obscurantist views of Islamic State that lead young Muslims into violence.

At their first meeting since the Nov. 13 killings of 130 people, he told about 400 Muslim leaders, imams and activists that France would do everything it could to track criminals, but only they could win the battle of ideas within Islam.

The unusual meeting of 10 Muslim federations and five grand mosques was arranged to "cry loud and clear our condemnation of these acts," Anouar Kbibech, head of France's Muslim Council (CFCM), said of the massacre in Paris by mostly French and Belgian recruits to the Syrian-based Islamic State movement.

It swore allegiance to France and ended with the French national anthem, La Marseillaise. France's five-million-strong Muslim minority, Europe's largest, makes up about 8 percent of the population. Two-thirds of them are French citizens.

Cazeneuve, whose portfolio includes religious affairs, recalled Islam's "Golden Age" of prominent philosophers and cooperation among religions, which was a far cry from what he called the perverted Islam of today's jihadists.

"It is your responsibility to revive this enlightened Islam to denounce the spiritual duplicity of the terrorists and those who follow them," he told the meeting.

"You are the most legitimate and qualified to fight these deadly ideas ... we must protect our youth from the spread of this stupidity," he said. "Just think what effect this progressive Islam would have on the rest of Islam in the world."

France is home to many Muslim intellectuals who write long treatises about reforming Islam to make it fit better into western society. Most have only faint resonance among practicing Muslims here or in the Muslim world.

Since the late 1980s, successive Paris governments have tried but failed to nurture a liberal "Islam of France" that would help integrate the faith into this mostly secular society.

The French Muslim community, torn apart by ethnic divisions and power politics, has for its part failed to unite to oppose radical Salafist groups that have established their presence in some mosques and neighborhoods as well as on the Internet.

Recently elected as CFCM president, Kbibech brought together the often rival federations and grand mosques to pledge to do more to train imams, fight radicalization and educate young Muslims in the principles of Islam.

"After the time for emotion, for condemnation and compassion, now is the time for action," he said. "French Muslims are ready to play their part ... to understand and prevent the drift of some of our youths into violence."

Islam played a part in this radicalization, even if only as a source for religious pretexts misused to justify violence, he said, but many political, economic and social factors also pushed young Muslims to extremism.

"We are witnessing an Islamization of their radicalism, not a radicalization of Islam," he said, citing a recent analysis by Olivier Roy, a leading French academic expert on Islam.

Cazeneuve, who announced a meeting with Muslim leaders about radicalization for early January, said French Muslims should develop a "Gallican Islam, that keeps abreast of modern society's concerns and resolves issues that (Islam) never had to resolve in its societies of origin".

Salafist Islam, the puritan literalist interpretation of the faith that is the basis for Islamic State's violent ideology, says Muslims must return to the practices of early Islam in the seventh century and shun many aspects of modern western life.

Cazeneuve said Paris would continue cracking down on what he called obscurantism and told the meeting that two mosques had been shut down and about 20 more searched since Paris decreed emergency powers to allow it to track down militants.

He praised the meeting for its unequivocal denunciation of extremism and allegiance to France and its values, calling a statement it passed "a declaration of love for the republic and for France".

Comments:
Islam is already enlightened, its against terrorism, the misguided terrorists are using name of Islam to kill the innocent people. If a bad driver bangs new Mercedes car, its not fault of Mercedes but of driver, who needs training. Keep reading >>>