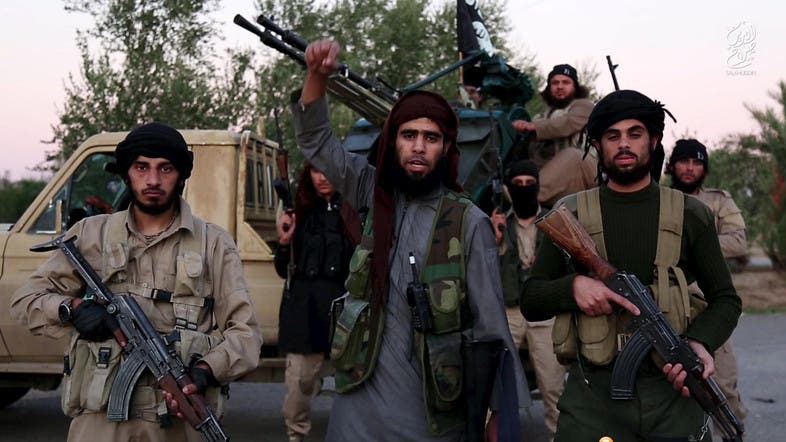 Following the recent attacks in Paris and Beirut by the Islamic State of Iraq and Syria (ISIS), Turkey has shouldered an increased responsibility, as a key Muslim country in the region, to fight against Islamist extremism and terrorism.

Turkey’s top religious body, the Religious Affairs Directorate (Diyanet), dedicated a Friday sermon on Nov. 20 to global terror, saying ISIS was “marching on the same path as the Crusaders.”

The sermon was read at some 80,000 mosques across the country, and over 2,000 mosques abroad that are linked to the directorate.

“It is not only innocent people that are killed in Ankara, Paris, Beirut, Baghdad and Nigeria... but also Islam’s holy values, which were sent as a mercy to mankind,” stated the sermon, entitled “The religion that is targeted by global terror.”

The sermon added that those who kill innocent people in the name of religion are killing all humanity.

Turkish imam Ahmet Muhsin Tuzer said he explained to people the real spirit of Islam each time he came across a wrong interpretation by ISIS members.

“My disadvantage is not to have a young community in the mosque I currently serve, but I’m in active dialogue with my entourage to clear up their mindset about real Islam,” Tuzer told Al Arabiya News.

“For instance, many people were impressed by the latest sermon of Diyanet, and began asking me questions about ISIS’s misinterpretations of the religion.”

He said Diyanet officials “and particularly imams have a serious responsibility to shoulder under these critical circumstances. We have to gain back those youth who are brainwashed, and give them the real inspiration of Islam.”

ISIS carried out attacks in the southeastern town of Suruc and the capital Ankara this year, killing more than 100 citizens.

Public opinion
According to a poll by the Pew Research Center, published on Nov. 17, 8 percent of the population have a favorable opinion of ISIS, and 73 percent unfavorable.

A July survey by the German Marshall Fund of the United States (GMF) found that 91 percent of Turks think ISIS is a terrorist organization while 7 percent do not, and 82 percent think it is a threat to Turkey while 16 percent do not.

“This survey was before the Suruç, Ankara and Paris attacks, and one would expect that the image of ISIS would become even more negative, which the Pew survey highlights hasn’t happened,” Ozgur Unluhisarcikli, Ankara office director of the GMF, told Al Arabiya News.

Unluhisarcikli said this way of thinking - called Sevres Syndrome, in reference to the treaty the Ottoman Empire was forced to sign upon losing World War I - is prevalent among ordinary Turkish citizens.

“On top of this, there’s the Islamist way of thinking, which perceives developments from the prism of a conflict between Islam and the Judeo-Christian world.”

Murat Erdogan, director of Hacettepe University’s Migration and Politics Research Center (HUGO), said furthering cooperation and integration with the West would be crucial for Turkey to boost its position, as a Muslim country, against ISIS threats.

“However, the social influence of Diyanet and its appointed local imams remains limited among Muslim youth in Turkey, because there’s still social support for this terrorist group, although limited to a low percentage,” Erdogan told Al Arabiya News.

Unluhisarcikli agrees:“Although Diyanet has recently begun efforts to create awareness about the evil of ISIS in Friday prayers, I’m not sure those Turks who have sympathy for ISIS are followers of the Diyanet interpretation of Islam.”

Erdogan said the Paris attacks were likely to undermine social perceptions of Muslims in Europe.

“This requires Turkey and Turkish immigrants in Europe to show solidarity with Western countries, and display a sincere attitude without reservations against ISIS. Turkey should clearly and credibly declare that it’s against Islamist terror,” he added.
http://english.alarabiya.net/en/perspective/2015/11/30/Turkey-s-top-religious-body-tackles-misinterpretation-of-Islam.html
More: http://takfiritaliban.blogspot.com