Muslims -- Take Back Your Religion from "Hackers" 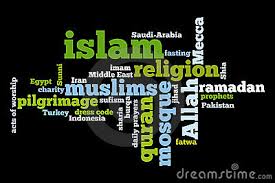 It's high time for Muslims to take back their religion from hereditary rulers and clerics. And Muslims the world over and non-Muslims should learn more about the message of the Quran if we are to extinguish the flame of Muslim terrorism.
Islam was essentially hijacked soon after its birth. Corrupt rulers and their supporters turned the essence of the religion--unity of God's creation, justice and freedom--on its head. The leaders lived a life of luxury, while many suffered in poverty. Today, hereditary rulers, dictators and compliant clerics have taken over the pulpit and interpret Islamic teachings to further their own interests to the detriment of all Muslims.
They even embrace policies that directly contradict the Quran and the practice of the Prophet Mohammad. In many Muslim countries, it has become a crime to question and discuss the teachings of the Quran, discussion that the Prophet encouraged in the nascent Muslim community in Medina, even inviting questions that challenged his own decisions. Islam is a rules-based religion, with the rules outlined in the holy Quran and interpreted by the Prophet Mohammad in the brief time that he established the first Muslim community in Medina. Rules in turn provide the scaffolding for institutions.
The discussion of the philosophical foundation of Islam is necessary for Muslims to establish the institutions envisaged in Islam. The institutions recommended in Islam are designed to enhance economic, social and political justice and progress. Although Muslims pray and uphold the Five Pillars of Islam in Muslim-majority countries, there is much more to Islam, and their societies do not convey the characteristics one would expect of a rule-compliant Muslim society; in other words, of a society that has adopted the rules and institutions that Islam recommends. In fact, many Western countries convey a higher degree of "Islamicity" than do Muslim countries. Over 100 years ago, Mohammad Abdou, one of the scholars who inspired the founding of the Muslim Brotherhood said as much: "I went to the West and saw Islam, but no Muslims; I got back to the East and saw Muslims, but no Islam." Muslim leaders must be pushed into embracing the important teachings of Islam from its fountainhead--the Holy Quran--advocating freedom, effective and just institutions, equal opportunities for all members of society, gender equality, economic and social progress, and must adopt a plan to establish representative governance and the effective institutions that are called for.
In other words, Muslim countries should become more, not less, Islamic [my talk on Islamicity on the German Public Radio System]. If they don't, terrorists will increasingly fill the void in what are failed states created by false interpretations of the Holy Quran. Terrorists will point the finger at corrupt Muslim rulers and their Western supporters, will promise a better life, if not in this world at least in the hereafter, espousing terror as the Islamic option. Disenfranchised Muslims with little hope--in Muslim countries and in Western ghettos--will be seduced into taking up arms and following them. Today, Muslim rulers actively work to obstruct just and effective institutions, which would promote equality, prosperity and justice but would undermine their absolute rule. Yet Western leaders treat many of these same Muslim rulers as if they were enlightened. The duplicitous Western message to Muslims is clear--we espouse freedom and representative governance but we support your corrupt rulers and their harsh rule in our own self-interest. If the West is truly determined to defeat terrorism, it will require a comprehensive and thoughtful approach, much time, unprecedented international cooperation and compromise on many levels. The US, Europe, Russia, China and many more countries and peoples, including Israel, the Palestinians, the Kurds, Turkey, Iran, Iraq, Saudi Arabia and Syria must make sacrifices and compromises that may seem impractical. But if they don't do so quickly, the scourge of terrorism will become more insurmountable by the day and will rob humanity of everything it has achieved over centuries. There are roughly 1.5 billion Muslims in this World and their numbers are growing faster than those of any other religion. Bombs, walls and guns are not a viable option. We have to live together. The fruitful way forward must be paved with understanding and unity. [Edited]
By Hossein Askari Economist, Professor of Business and International Affairs at GW University, writer on Middle East Economies and Islamic economics-finance. Original at Source: http://m.huffpost.com/us/entry/8789604