“We want to make Pakistan a liberal country.” It is difficult to ascertain whether this was a slip of the tongue on the part of Prime Minister Nawaz Sharif or some calculated thought when he made this statement recently. In either case, it must be considered as a welcome declaration, if not a firm political resolve. In fact, we would like to see all political parties, even the religious ones that oppose liberalism, to embrace liberal ideology. The people of Pakistan, including the religious parties, will find that a liberal Pakistan can serve our collective interests better than any other idea of organising state and society.

Leghari and the making of ‘Jinnah’

Sadly, opposition to liberal ideas of politics stems from ignorance of philosophy, history and practice of liberalism. The leaders and founders of the Pakistan movement and Muslim modernists, some of them devout Muslims, thought that liberal political ideas and values among Muslims would give them intellectual freedom, political rights, territorial autonomy and independence, and greatly empower them in the new post-colonial world that was evolving. Pakistan started its political journey with a relatively liberal heritage of politics based on the notions of rights, representation, nationalism, a deep sense of community and a constitutional government. If I have to reduce the history of the idea of Pakistan to one ideal, it has to be constitutional guarantees that are adequately represented. What happened in the aftermath of independence — communal bloodshed — is another story, the greatest tragedy of this region.

Pakistan has lost much of its liberal heritage for a number of reasons. Chief among them is a quest for identity. The question of what the state of Pakistan was going to be like, in my view, was settled by Jinnah in his remarkable speech of August 11, 1947 to the Constituent Assembly of the country — a liberal, tolerant and accommodating Pakistan in which the state will be neutral in religious matters. The basis of the state will be citizenship — not religion, as that is the ‘personal affair’ of each individual. Such statements by our great leaders remain just that — statements. That is because the leaders that succeeded the founding fathers changed tracks, chose different ideals and got lost in the various political struggles of their times.

Beef is to India what blasphemy is to Pakistan

Within a decade, Pakistan’s destiny became disputed. The contenders were Islam, ethnic regionalism, a military-developmental state and the landowning class that was and continues to be deeply embedded in authoritarian traditions. The voices of liberalism were either drowned in the din created by political contests or were silenced by authoritarian military rulers and their surrogates.

Two ideas that should have shaped the destiny of Pakistan — secularism and liberalism — came to be deliberately confused with the rejection of religion, relaxed morals and licentiousness. Nothing reflects ignorance better than the literal translation of secularism in Urdu as atheism. The use of religion in every society, including the developed Western democracies, has its own political economy; in Pakistan, political expediency has allowed religion to be promoted to the level of an industry. Consider the number of times numerous right-wing leaders have condemned the prime minister for stating that he wishes to see Pakistan develop as a liberal country. Is this a manifestation of ignorance on the part of these leaders or is this the protective instinct of the religious lobby? Perhaps it is both.

How well do you know Muhammad Ali Jinnah?

Pakistan’s liberal structures, ethos and culture have vastly shrunk to the misfortune of the country, its people and future generations. Why? Liberalism is not what the right-wingers say or claim it is. Liberalism’s roots are in the strong ideas of liberty, equality and freedom of expression, and also encompass religion. Politically, liberalism manifests itself in the Constitution, rule of law and representative government. Can we achieve a better future by another means?
By Rasul Bakhsh Rais
The writer is a professor of political science at LUMS 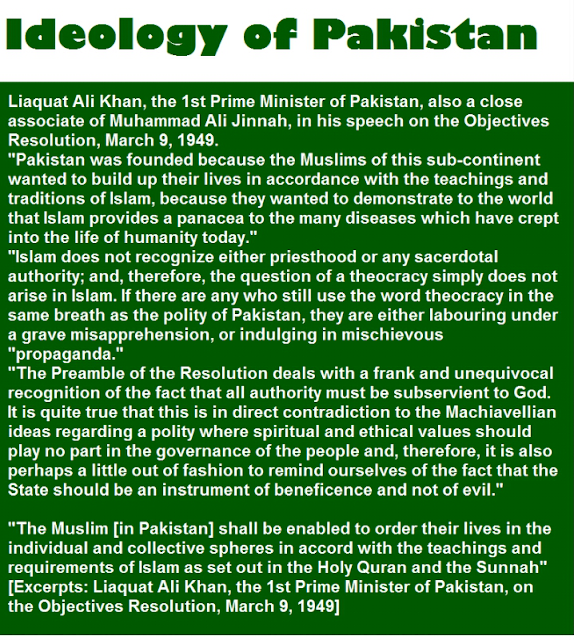