Terror Attacks in Paris: Western Imperialism Is to Blame 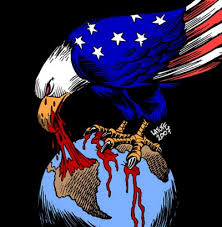