How to Avoid Falling for an Internet Hoax 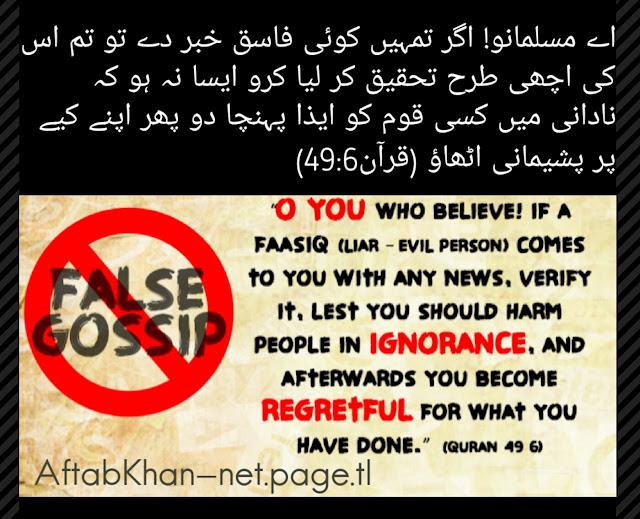 We’ve all seen them from time to time, those attention-grabbing headlines that either infuriate or profoundly amaze us to the point that we drop whatever it is we’re doing to find out more. Sometimes friends and family members are already sharing the news via social media, thereby helping to either infuriate or amaze an even greater number of people. The problem? The news isn’t real. It is a Hoax!

Just What is an Internet Hoax?

To define an internet hoax is actually quite simple; it is false information that is deliberately made to masquerdade across the internet as factual. In other words, it’s a lie. Most commonly, such hoaxes are intended to fool as many people as possible in as little time as possible.

Everyone has fallen for an internet hoax at one point or another. Sometimes we don’t even find out that what we’ve been told is false. On the surface, there may appear to be nothing inherently wrong with this. And it is true that these hoaxes are often silly and seemingly pointless. In reality, however, internet hoaxes can not just make people feel foolish– they can do real damage to both individuals and society as a whole.

The Harm in Hoaxes

The best internet hoaxes are well-written and appear to be very reliable (at least to the common victim), and they are designed to incite intense, unnecessary feelings and promote ignorance. For example, in 2013 news spread like wildfire across the internet that Jackie Chan died in an accident while filming a new movie. To most, the story was very believable. After all, it was reported on numerous websites (even some with general news credibility), and the idea of Chan dying in a filming accident was plausible because he had long been known for performing his own daring stunts in action movies. Nevertheless, the story just wasn’t true, and Chan himself eventually proved it by taking a photo of himself with a newspaper printed days after his “death”.

Even worse, internet hoaxes are often designed to get their victims to give up personal information about themselves or even infect their computers with viruses. The Jackie Chan death hoax not only misled people everywhere, but the main source of the hoax also lured many of its victims into clicking on malicious links.

Other times hoaxes are not entirely false, but the context in which they are presented is misleading and harmful. One such example was an incident in 2008, where an income security firm advisor read a news article about United Airlines filing for bankruptcy. The airline’s stock plummeted as a result, and it wasn’t until the bankruptcy story was revealed to be six years old (it was first published in 2002) that their stock began to recover.

Then of course there are hoaxes that cause severe harm to a person’s professional and/or personal life. Victims of these types of hoaxes are often celebrities, politicians or other public figures, but in truth anyone can unwittingly have harmful falsehoods spread online about them. For example, a Florida woman named Sue Scheff fell victim to such a hoax or “smear campaign” in the early 2000s. Various postings naming her as a con artist and a fraudster appeared in 2002 and throughout 2003, which caused Scheff’s business to suffer and stifled her ability to gain new clients (much less keep old ones). The good news is that Scheff did go on to win a $11.3 million defamation lawsuit (though not until 2006) against the creator of the hoax, a woman from Louisiana named Carey Bock, but by then the damage had been done.

The internet can certainly be a cruel place, but that doesn’t mean you can’t navigate around its pitfalls successfully. The No. 1 rule to follow when it comes to internet hoaxes is that you can’t believe everything you read. So, whenever you see some incredulous news or a juicy scandal being exposed online, it’s time to do a little extra digging to make sure it’s legit. Keep in mind that legitimate news will check out in multiple areas, so you should always keep numerous factors in mind:

Check the source (Is the website a reliable and respected source? Have you even heard of it before? Believe it or not, there are actual internet hoax websites devoted entirely to spreading false information).
Is it being reported by multiple, reliable sources?
Is the date current?
How well is the post or article written? (Legitimate sources often have professional writers and editors working for them).
Look at the surrounding advertisements (if they appear to be largely spam, the info may not be legitimate)
Beware of pop-ups (if there are multiple pop-up advertisements, exit your internet browser immediately).
Are you being asked to give personal information? (If so, close the window right away).
Are you being asked to “share this post” to receive further information and/or gain some other reward? (Don’t do this. It’s most likely a hoax).
If the information is received in an email, take a look at the sending address. Do you recognize it?
Social media is the most common area in which you’ll first become exposed to a hoax. In fact, the Facebook hoax is among the most common of all. The sad thing is that many of our friends and family members often share information they came across without investigating it very deeply, and they often shrug it off when someone does happen to point out that it’s all a hoax. Nevertheless, that doesn’t mean you should cease with the warnings when your friend does happen to share a hoax. After all, their privacy and security could be at risk. And besides, nobody likes to see someone they care about get duped and made to look like a fool.

In addition to checking the factors already mentioned above, one easy way to investigate potential hoaxes is to copy and paste the original news message (or at least a good portion of it) into a search engine. If it’s legitimate, multiple websites (reliable and established websites, with names you recognize) will have most likely reported the same information. If not, there may even be warnings already that it’s a hoax.

Although there are plenty of scam websites and sites designed just to promote false information, the good news is that there are others working against them. A great website to check out the validity of something is Snopes.com, a website that’s been investigating and debunking online hoaxes for years. Just a quick search on Snopes will tell you whether something is true or not (and if there is no listing yet for the post in question, you can also contact the Snopes staff and ask them to investigate it).

Another great hoax-debunking tool is Hoax-Slayer.com. This website takes interest in all internet scams, specifically hoaxes spread via social media and email. Hoax slayer also offers spam filters and anti-spam and virus tips for your email and other accounts.

Keeping Yourself in the Clear

In addition to not falling for hoaxes in general, it’s crucially important that you do not become the direct target of one (remember the smear campaign mentioned earlier). Online lies about you or someone you know personally are most likely not going to be ranking among the top internet hoaxes anytime soon, but they can still wreck havoc in the most important areas of your life. After all, employers today often Google job applicants to find out more about them, and anything they find– whether complimentary or unflattering– can greatly influence the decision to hire.

So, here are a few tips you can use to protect your online presence from hoaxes:

Google your name on a regular basis to see what comes up when people search for you.
Do not post any photos or information that portray you in a socially unnacceptable manner.
Do not post any photos or information that could tie you to criminal activity (whether real or fake).
Do not accept friend requests on social media from people you do not know and/or do not trust.
Take immediate action if you discover information about you that isn’t true. If it was posted by someone you know, ask them to take it down. Even if it is someone you don’t know, do not be afraid to reach out to them and ask for the post’s removal.
Take legal action if necessary. If other attempts are not working, you may have to resort to getting a lawyer. They can not only help you successfully get the false information removed, but they can also file a defamation lawsuit on your behalf.
Get good virus protection softwar. This will also help protect your computer from hackers.
The Bottom Line

Being proactive when it comes to internet hoaxes is key. Never take something at face value, and don’t be afraid to let your friends and family members know that something is a hoax. Help keep the internet safe.
Source:https://nobullying.com/hoax/
4 simple steps to ensure you'll never, ever be tricked by an internet hoax again